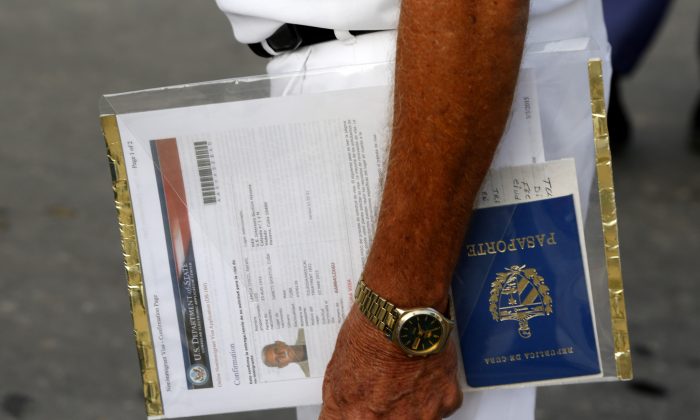 The House of Representatives passed a bill that would tighten restrictions on foreign visitors to the United States this week.

The bill passed overwhelmingly 407-19 and will now move onto the Senate.

Notably, President Barack Obama supports the bill, unlike legislation that would halt the refugee resettlement program.

The bill, H.R. 158, or the Visa Waiver Program Improvement Act of 2015, targets the visa waiver program, which currently enables citizens from 38 countries to travel to the U.S. for up to 90 days at a time without first applying for a visa.

“As Americans, we live in a free and open society, and the enemies of freedom are looking to use our freedoms against us. This bill will stop the enemies’ ability to move internationally by strengthening the Visa Waiver Program and it is a critical component of keeping our Homeland safe,” said Rep. Candice Miller (R-MI), who introduced the bill, in a statement.

The bill will disqualify anyone who has traveled to Syria, Iraq, Sudan, and Iran within the past five years from participating in the program. They will have to instead apply for a visa.

The bill also requires all the visa waiver countries to use e-passports, a measure aimed at cutting down on fake passports.

It also gives authority to the Secretary of Homeland Security to suspend or end a certain country’s participation in the program if U.S. officials feel that country isn’t properly supporting anti-terrorism efforts.

Since starting in the ’80s, the waiver program has been utilized by multiple terrorists, including the “shoe bomber” Richard Reid, who boarded a flight from Paris to Miami in 2001 and tried setting off a bomb.

A different version of the bill has been introduced in the Senate by Dianne Feinstein (D-CA) and Jeff Flake (R-AZ). Unlike the refugee bill, which seeks to halt the resettlement program and passed the House with a veto-proof majority, it has many supporters in the Senate as well as President Obama.

Some groups are opposing the bill, though, saying it targets certain ethnic groups.

“We urge Congress to exercise caution and to avoid passing legislation that would broadly scapegoat groups based on nationality, and would fan the flames of discriminatory exclusion, both here and abroad,” the ACLU said in a letter to officials.

Meanwhile, Some officials also want to amend the fiance visa program, which was utilized by San Bernardino terrorist Tashfeen Malik to enter the country from Saudi Arabia.

The Homeland Security Department has vowed to review the program.