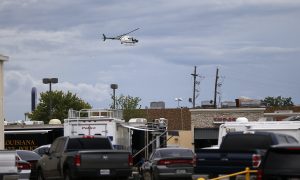 Police: Shooter Who Killed 3 Was 'Seeking Out' La. Officers
0 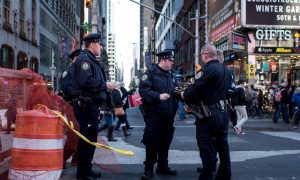 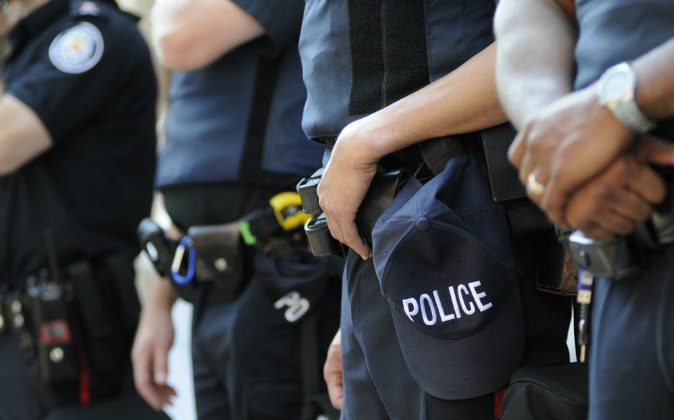 A file photo of police officers. (Shutterstock*)
US News

The BolaWrap is the latest non-lethal technology available for police to use that could be a revolutionary tool used for apprehending suspects.

BolaWrap, invented by Las Vegas-based Wrap Technologies, looks like something Batman would carry around on his famous utility belt. The handheld remote restrain device could replace painful and in some times dangerous tasers, capturing a suspect by discharging 8 feet of Kevlar tether at a speed of 513 feet per second, at a distance of 10-25 feet.

“Anytime we have to go hands-on with somebody to take them into custody for whatever reason, there’s always a chance of injury to our officers and the suspects,” El Segundo Police Chief Bill Whalen said to Fox News. “This is something that might hopefully mitigate that risk a little bit and give us another tool that we can safely take people into custody and avoid injury to both them and our officers.”

The BolaWrap costs about $1,000 and each reload costs about $30—well worth it according to Los Angeles Police Department Chief Michel Moore, who said in a media demonstration earlier in December that it’s “worth lives if one instance can save us from having to resort to greater levels of force or bring an increased risk of injuries to an individual.” He added that “there is a push not just in our department, but I think in the industry, in general, to try to find alternative ways to take people into custody.”

The wrapping causes minimal to no pain according to he company, and according to Fox, the BolaWrap has been tested in over 30 states. The president of Wrap Technologies, Tom Smith, said that they have had over 1,200 inquiries.

“Think of throwing handcuffs on somebody from a distance of 10 to 25 feet—it’s the only tool available right now to law enforcement that can allow them to restrain somebody remotely without having to use pain compliance like a Taser or pepper spray or a baton or, ultimately, a firearm,” said Smith. “So, we’re giving them that chance to stop somebody very early on in a confrontation before it escalates.”

According to Wrap Technologies, the company received a signed purchase deposit of $162,000 for deliveries next year of BolaWrap products.

“This third deposit in the last few months from overseas customers reflects the increasing international market demand for our Remote Restraint solution,” said Smith, “It is clear that the worldwide law enforcement community is excited about the BolaWrap and not having to use a pain compliance tool to subdue subjects.”

According to the company’s president, they travelled to 15 countries in 2019 showing the new technology to their police agencies, adding that the product has been shipped to 19 countries.

The device emits the sound of a gunshot but there is also a silent version that could be used by civilians.