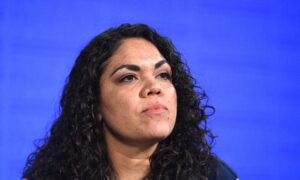 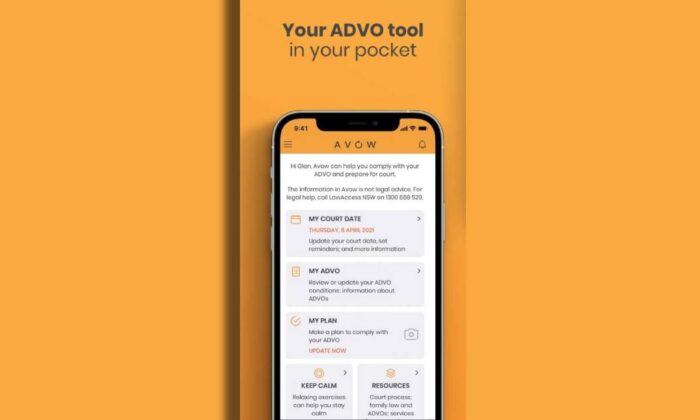 The New South Wales (NSW) government has released a new phone app that aims to hold perpetrators of domestic violence in the state to account by increasing their compliance with court orders.

The Avow app allows users to input their Apprehended Domestic Violence Order (ADVO) conditions and warns them about the consequences of breaching it, limiting their contact with their victim to ensure they do not stalk or intimidate them.

NSW Attorney-General Mark Speakman launched the government-funded app as part of a package of products to help people understand their legal obligations under an ADVO.

“The scourge of domestic violence needs to be tackled both by protecting victims and by helping perpetrators to stop their abusive behaviour,” Speakman said in a statement on Wednesday.

“The Avow app puts information perpetrators need to comply with their ADVO at their fingertips.”

The app incorporates planning tools, timely reminders, easy access to information and will nudge users to use it more.

The information informs users about court processes and has features that allow users to plan how they will comply with their ADVO.

Scarcity and cognitive load are when perpetrators struggle to understand the language of an ADVO while also trying to juggle competing demands on their attention when receiving an order.

Intention-action gap is when a perpetrator fails to comply with an order despite intending to, such as when they inadvertently pass through a location they were ordered to avoid.

Present bias is when perpetrators may engage in risky behaviour for an immediate reward, such as having a drink after work with colleagues, even though their ADVO says they can’t be near their victim for 12 hours after drinking alcohol.

A new NSW Police referral card will also promote the app and encourage perpetrators to contact the Men’s Referral Service to put them in touch with support, including Men’s Behaviour Change programs.

“The Avow App will give perpetrators the information they need to ensure they are abiding by the requirements of the ADVO, and they can access referral pathways to get the help they need to change their behaviour.”

Legal Aid NSW chief executive Brendan Thomas said, “while nothing beats in-person legal advice, the app will serve as an invaluable reference tool that will help to keep victims safe and perpetrators out of jail.”

Delia Donovan, CEO of Domestic Violence NSW, told The Epoch Times, “It’s incredibly important to increase perpetrator accountability in any way we can, and essential to have the men’s referral line included in the support services.”

The Avow app was developed in a partnership between the Department of Communities and Justice, Miroma Project Factory, and the NSW Behavioural Insights Unit.