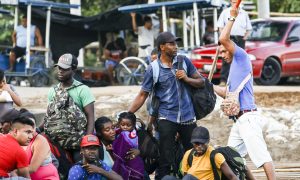 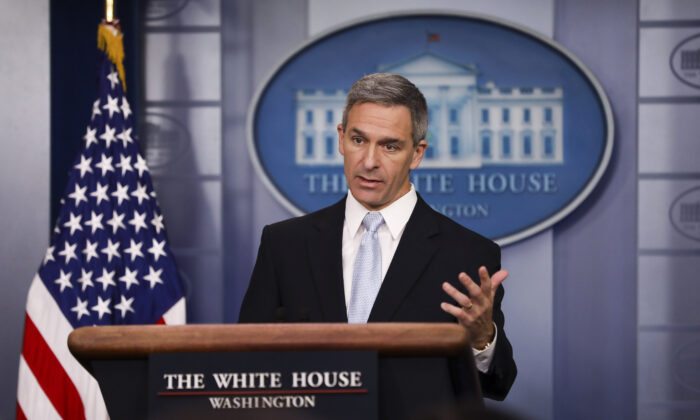 WASHINGTON—Illegal border crossings have dropped steeply over the past four months, down from a high of 144,000 in May to 52,000 in September—partly due to new asylum restrictions and in part due to Mexico tightening its border.

Of the almost 1 million illegal border crossers and those deemed inadmissible, only 105,000 claimed credible fear of return to their home country in fiscal year 2019, according to U.S. Citizenship and Immigration Services (USCIS).

Nevertheless, USCIS said it’s a new record, and more than 5,000 greater than the fiscal 2018 total.

Yuma Border Patrol Chief Anthony Porvaznik said in April that fewer than 10 percent of the illegal aliens in his custody claimed asylum. But due to the overwhelming influx, Border Patrol was forced to release most of the people into the United States, sometimes within hours, despite them not claiming credible fear.

“Once they’re out of our custody and they speak to lawyers and different groups, they are encouraged to claim credible fear asylum. And so that’s usually down the road—if they show up for their first hearing, which is usually not the case,” Porvaznik said.

USCIS Acting Director Ken Cuccinelli said the first step after an alien claims credible fear is that an asylum officer from USCIS will conduct a screening—of which more than 80 percent pass.

He said part of the reason for the high pass-rate is the unclear statute.

“It’s a terribly-worded statute. And it’s a standard of a standard. It’s a standard targeting another standard, which is a terrible way to write a law,” Cuccinelli said during a Sept. 30 event hosted by the Center for Immigration Studies.

Despite the 80 percent pass rate for credible fear claims, fewer than 10 percent of Central Americans are subsequently granted asylum by an immigration judge.

“And so you have this massive amount that is just clogging the pipeline that’s never going to get approved and is swamping the system,” Cuccinelli said. “And look, let’s face it. The strategy on the part of the people coming illegally is a collective strategy. It is to swamp the border and to swamp the Border Patrol, and ICE, and our resources at the border.”

Cuccinelli said that despite USCIS deploying about 50 extra asylum offices to the border, the numbers were too overwhelming, and it wasn’t until the Migrant Protection Protocol (MPP) fully kicked in that they could get a handle on processing everyone without having to employ “catch-and-release.”

Now, most asylum-seekers—51,000 since the program started in January—are sent back to Mexico to wait out their claims under MPP. If the claims are deemed meritorious by an immigration judge, asylum-seekers will be granted legal status and benefits to live and work in the United States. If not, they’ll be sent back home.

A new rule implemented by the administration also works around a loophole in the Flores Settlement Agreement, which says no child can be held in custody for more than 20 days—whether with a parent or unaccompanied. Asylum cases take at least 45 days, which meant children and families were released into the United States with a future court date, which most didn’t show up for.

On Aug. 21, the Department of Homeland Security issued a final rule that allowed for the termination of the Flores Agreement and for Immigration and Customs Enforcement to detain families together for the duration of their case. The Department of Health and Human Services is responsible for the care and detention of unaccompanied minors.

“To protect these children from abuse, and stop this illegal flow, we must close these loopholes. This is an urgent humanitarian necessity,” President Donald Trump said in a statement at the time.

However, the Flores rule has since been enjoined by a federal judge and is working its way through the courts.

The administration has also implemented a third-country ruling that says asylum cases will not be accepted if the asylum-seeker has not first claimed asylum in a country they passed through on their way to the United States.

This ruling was also initially enjoined nationwide, but subsequently allowed by the Supreme Court.