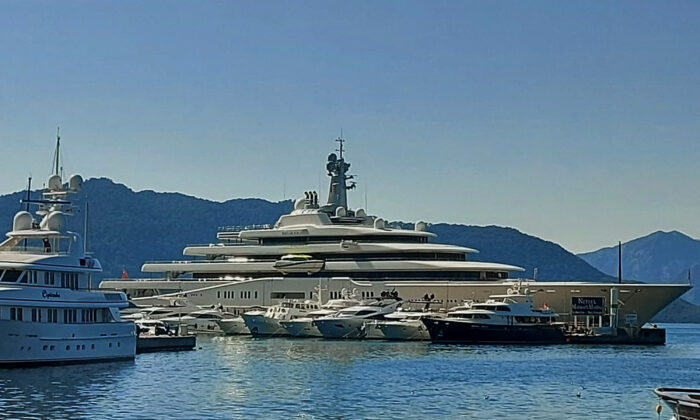 The initiative, headed by the Organized Crime and Corruption Reporting Project (OCCRP) in collaboration with 27 media outlets, was conceived in February 2022 as Russia began massing forces near the Ukrainian border.

It began with the names of 35 individuals who were named as beneficiaries and “key enablers” of the Kremlin by jailed opposition leader Alexei Navalny.

The list of names provided by Navalny includes four of the wealthiest Russian oligarchs as well as spy chiefs, political advisers, heads of state energy firms, banks, and others, the Guardian reported. Of the 35 people on Navalny’s list, 27 have been subjected to sanctions from Europe and the United States, and another seven are blacklisted in Canada.

The OCCRP initiative uncovered over 150 assets worth more than $17.5 billion. Though global governments have tried to impose sanctions on many of Putin’s allies following the invasion, Putin’s associates have learned to obscure their wealth through an “army of lawyers” and hide it in secret bank accounts and offshore corporate structures, OCCRP says.

“Figuring out who owns what, and how much of it, is a tall order even for experienced police investigators. That’s why we decided to follow the trail, tracking down as many of these assets as possible and compiling them in a database for the public to see and use,” the organization said on its website.

Though OCCRP started with Navalny’s list, the group intends to expand the database further to include other Russians who support Putin or have been sanctioned for corruption. The organization searched various asset classes such as land, companies, boats, planes, and mansions to see if any of those assets can be tied to Putin’s allies.

One of the people mentioned in the Russian Asset Tracker is businessman Roman Abramovich, who was reported to have a net worth of about $12.3 billion before being hit with sanctions in March 2022. Better known as the owner of the Chelsea Football Club in England, which he acquired in 2003, Abramovich has recently announced that he intends to sell the franchise.

Credit Suisse hit back at the report, rejecting the allegations.