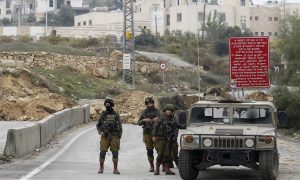 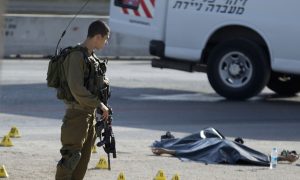 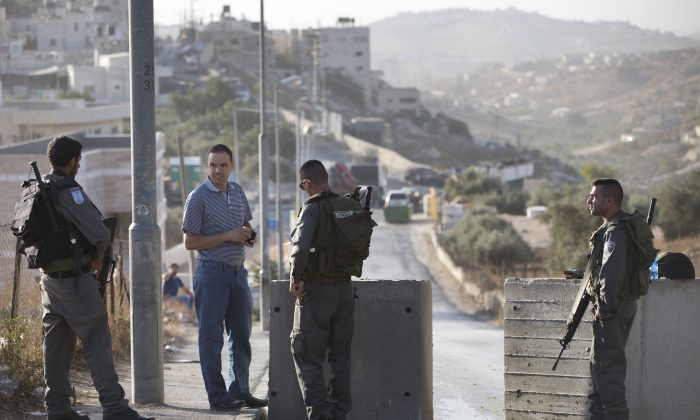 “Azmeh,” which means traffic jam in Arabic, and “Qalandiya,” the name of a major Israeli checkpoint on the outskirts of Jerusalem, join a slew of other global traffic apps, including the Israeli-developed Waze.

What sets the two Palestinian apps apart is how they go beyond daily rush hour traffic and touch at the heart of a central Palestinian criticism of Israeli occupation. They are designed to run on slow local networks — a necessity because Israel has not granted Palestinian telecommunication companies swifter 3G access.

The free apps, launched over the last month, are still in their infancy, with only a few hundred downloads each. But as they grow in popularity, their developers say the crowdsourced apps present a partial solution to the jams that checkpoints cause, and they hope will catch on with drivers.

“The occupation affects the Palestinian people from all aspects, and takes from them lots of rights. One of those rights is the freedom of movement,” said Basel Sader, 20, a Palestinian resident of east Jerusalem and a law student at Jerusalem’s Hebrew University who developed Azmeh. “This application can’t give them the freedom of movement but it can make things easier for them.”

Israel operates a series of checkpoints that dot the West Bank and separate it from Israel, restricting travel for Palestinians on a number of roads. When tensions are heightened, a 120-mile (200-kilometer) jaunt from the southern tip of the West Bank to the north can become a complicated journey that could take hours. Checkpoints pose particular problems for Palestinians who want to enter Israel for jobs, family visits, medical care or to pray.

Israel says the restrictions are meant as a security measure, and officials note that the number of military checkpoints has been greatly reduced as violence has subsided over the last decade. But Palestinians see the limits on movement as a form of collective punishment that disturbs their routine and can often include intrusive and humiliating searches by guards.

In contrast, Israeli settlers can travel freely in and out of Israel and pass quickly through military checkpoints set up to protect their communities. Palestinians need permits to enter Israel, as well as Israeli-annexed east Jerusalem, and must pass through Israeli-controlled border crossings to enter neighboring Jordan.

This dual treatment also affects Palestinian travel inside the West Bank. Well-maintained, high-speed roads serve settlements and connect them to each other and Israel.

Palestinians are not expressly barred from using these roads, but the highways usually bypass Palestinian communities. Many of the roads connecting Palestinian areas are decrepit and in poor condition. In times of conflict, Israel also puts up additional military checkpoints that can slow or halt movement between Palestinian towns.

The apps could relieve a bit of that burden. For now, they are used mainly for checkpoints separating Israel and the West Bank, where drivers are often stuck for hours in a tangle of traffic. The apps are relatively basic.

With Azmeh, users can post updates about the status of the hold-up at a checkpoint, using green to mark no traffic, orange for moderate and red for heavy, allowing other users to choose to divert to other, less clogged checkpoints. For now, the app tracks traffic at half a dozen checkpoints.

Qalandiya also has users mark the level of traffic at the checkpoint, using green, red or yellow car icons. Users can also inform others if the checkpoint has been closed.

Unlike Waze, the apps do not time the wait at a checkpoint or suggest a different route. Users must decide that on their own.

Milena Ansari, a 21-year-old from east Jerusalem who studies at Birzeit University in the West Bank, drives through the Qalandiya checkpoint every day and uses the Azmeh app.

“I check it every morning when I wake up and decide which road to take,” she said. If Qalandiya is backed up, she said she takes a longer but less congested route through a smaller checkpoint. She said she sends reports in whenever she crosses.

The apps themselves are hobbled by Israeli restrictions. According to interim peace agreements, Israeli authorities control cellular networks in the West Bank and they have not granted Palestinian telecommunication companies 3G access, meaning many data-heavy apps cannot be used on the road. Palestinians who choose to subscribe to an Israeli cellular provider can access 3G.

Drivers using the apps connect through 2G, a previous generation of wireless technology that is sluggish.

“The limitations of the Internet connectivity cause us problems,” said Ahmed Zaytoun, the developer of Qalandiya. “When I worked on the application, I made sure that it wouldn’t need a high speed (connection).”

Mashhour Abu Daka, a former Palestinian minister of telecommunications and information technology who now works as a consultant, welcomed the apps but said they could only go so far in assisting Palestinian motorists in the face of Israeli restrictions.

“It will be helpful. But it would be even more helpful if we didn’t have checkpoints,” he said.