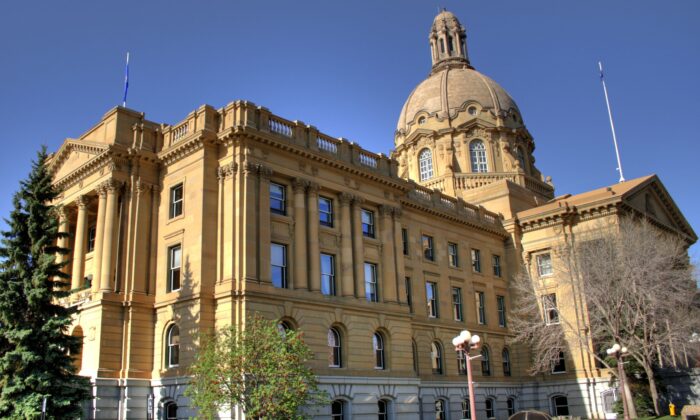 The leadership race began on May 19 and will run until Oct. 19, when the UCP will announce a new leader, according to the party’s Leadership Election Rules and Procedures.

The party has so far only confirmed five candidates, but three other applicants have said they submitted their applications on time and are awaiting approval to join the race.

Todd Loewen, an Independent MLA also vying for candidacy, said he handed in his signatures and first round of funding on July 15. And MLA Leela Aheer said she was “ready to submit [her] leadership campaign bid” in a July-19 tweet.

Dr. Raj Sherman, an emergency room physician and former Alberta Liberal MLA and leader of the Liberals, barely met the application deadline with the required number of signatures. In a July-20 tweet, Sherman said he submitted the entire $125,000 entry fee—which the party does not require be fully paid until August 12—along with the supporting 1,000 signatures “in the nick of time at 4:55pm,” just five minutes before the deadline.

Former banker Jon Horsman was a candidate in the race, but dropped his bid hours before the July 20 deadline. In a statement, Horsman called it “a very crowded leadership race” and said his application—if accepted—wouldn’t have served the “purpose of why [he] decided to run,” which he said was to grow Alberta’s conservative movement.

Smith, one of the confirmed candidates and former leader of the Wildrose Party, gained attention after promising in a June 15 video that she would introduce “the Alberta Sovereignty Act” to the province’s legislature if elected UCP leader. If passed, the act would allow the government “to refuse to enforce any federal law or policy that attacks Alberta’s interests or our provincial rights,” she said.

Alberta Government House Leader Jason Nixon said he doubts Smith’s Sovereignty Act would pass the legislature even if she was elected and introduced it.

“I would be surprised if a bill as described would pass inside the legislature,” Nixon told reporters on July 20 when asked for his opinion on the speculative act. “It would be calling for the breaking of the law, which is just not something the legislature would do.”

Smith didn’t directly respond to Nixon’s comments, but said on Twitter afterwards that the world needs leaders who will “stand against” the “global ‘woke’ establishment” and “their destructive policies … starting right here in Alberta!”

Albertans have until Aug. 12 to purchase party memberships and become eligible voters. Memberships can be purchased online at www.unitedconservative.ca before midnight Mountain Time that day, or by mail if the party’s office receives the applications by 5:00 p.m. on the same day. People can vote either through a mail-in ballot or in person at one of five polling locations across the province.

Kenney announced in May he would be stepping down after only getting a 51.4 percent majority of the leadership vote from his fellow UCP members. He could have retained his role, but opted to step down after saying it didn’t represent “adequate support to continue as a leader.”

Kenney will continue serving as the party’s leader and Alberta’s premier until election results are published on Oct. 19.