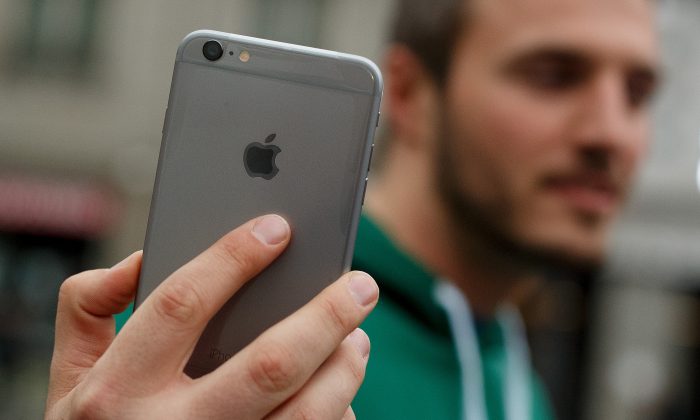 Chris Smith
View profile
Follow
biggersmaller
Print
It shouldn’t be a surprise to anyone anymore that Apple is not done improving the camera in its iPhone. A recent 60 Minutes feature on Apple revealed that as many as 800 people are working on cameras for the iPhone, which has been the most popular photo and video recording tool in the hands of consumers for some time now. Over the years, Apple has continuously improved the quality of its iPhone cameras, without engaging in a megapixels war with rivals.

While it’s too early to tell what camera innovation is coming to the iPhone 7 later this year, more and more evidence suggests that Apple is considering an interesting new technology for future iPhones to improve the overall camera experience even more.

A new patent application titled Mobile Camera System was published by the USPTO on Thursday, revealing a photosystem composed of two independent cameras. First discovered by Patently Apple, the system could be used in future iPhones to improve zoom and other features.

An iPhone packing the technology described in the patent could have two distinct camera modules that would let the user zoom in without losing quality. The camera modules would have different focal lengths, and capture different visual fields, with one being a subset of the other. The camera system would obtain independent images using both camera units and then save both images, as shown in the images below. The camera software would then allow users to generate images with visual information obtained from the two saved pictures to create the final image.

This isn’t the first patent describing an improved zoom system for the iPhone camera, though it’s not clear whether any of the tech Apple recently revealed in patent applications will make its way to upcoming iPhone models.

Another potential use for a dual-camera assembly would be shooting 3D content. But in that case the iPhone would also have to pack a 3D display so the user can actually see the captured content. Alternatively, the system could be used to take high-quality pictures with one of the cameras while the second camera is recording video.

7 Terrific Android Apps You Won’t Find on Any iPhone

“The specific thing I heard is that next years camera might be the biggest camera jump ever,” Gruber wrote at the time. “I don’t even know what sense this makes, but I’ve heard that it’s some kind of weird two-lens system where the back camera uses two lenses, and it somehow takes it up into DSLR-quality imagery.”