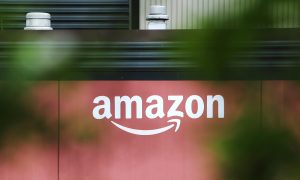 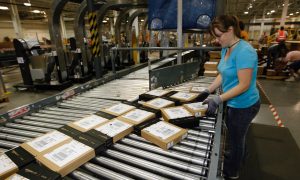 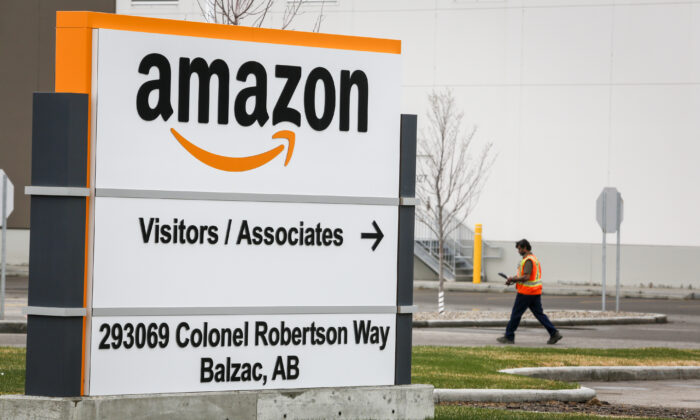 A worker walks past signage at an Amazon warehouse north of Calgary in Balzac, Alta. (Jeff McIntosh/The Canadian Press)
Canada

Amazon will open a new delivery station in Cambridge, Ontario by late 2020, the city announced on Aug. 17.

The e-commerce giant will repurpose an existing industrial building located in the city’s north end for it’s new 136,000 square-foot facility, the city said.

“I am delighted by Amazon’s decision to locate in Cambridge,” said Cambridge Mayor Kathryn McGarry in a tweet on Monday.

The new facility will serve as the last leg of Amazon’s distribution chain, receiving packages from Amazon’s fulfillment and sortation centres and loading them into vehicles for delivery to customers.

Hundreds of permanent, full-time and part-time jobs are expected to be created, in addition to work for entrepreneurs, who build their own small business delivering Amazon packages, according to a press release from the city.

“Cambridge has a skilled workforce and is centrally located with easy access to highway 401, so it’s not surprising that Amazon has selected Cambridge as the location for its next project,” said McGarry in the statement.

Grey Durocher, president of the Cambridge Chamber of Commerce, said he hopes the new delivery station will boost the economy, as many families continue to struggle with the economic fallout from the pandemic.

“Because of the pandemic there are individuals, especially with CERB that’s going to be running out very shortly from the federal government,” Durocher said in an interview with CTV News. “There are going to be individuals who are looking for opportunities.”

“I know there’s a lot of anxiety around big companies like Amazon, but this is a global brand they have chosen Waterloo Region to set up shop and for very good reason.”