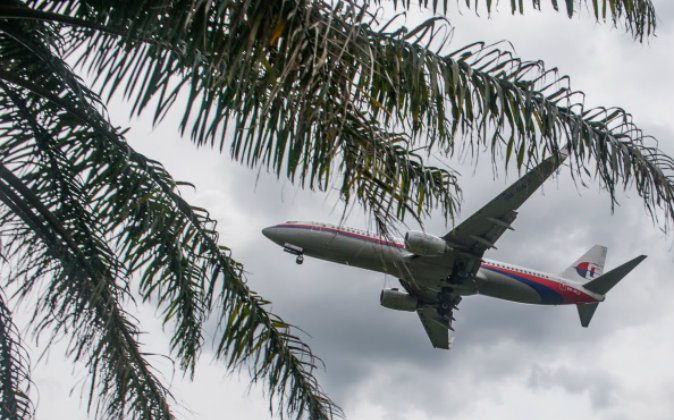 New alleged debris from Malaysia Airlines Flight 370, which went missing in 2014, has been discovered.

In all, five new pieces of debris were found in Madagascar, with two fragments appearing to show burn marks. The new findings were discovered by amateur debris hunter and investigator Blaine Gibson, who has found other parts of Flight 370, according to The Australian.

Flight 370, a Boeing 777 heading from Kuala Lumpur, Malaysia, to Beijing, had 239 people on board when it vanished from radar on March 8, 2014. It’s been speculated that the plane crashed in the remote southern Indian Ocean after inexplicably going off course.

The Australian Transport Safety Bureau (ATSB), an agency helping with the search for the aircraft, said Gibson handed over debris on Monday. “We are seeking advice from the Malaysian authorities regarding how they would like to proceed,” an ATSB spokesman told the Australian.

“The top layer of paint has been singed, scorched black,” Gibson was quoted as saying in a TV interview. “It also shows some signs of melting … as you see when something is exposed to fire.”

He added: “It appears to be from the interior of the plane but not the main cabin, perhaps the cargo hold, perhaps the avionics bay.”

Gibson noted that if the burn marks are legitimate, it could change investigators’ understanding of what happened to the aircraft.

“There are two that have burned and singe marks on them, and if those are found to be from Malaysia 370 and if it is discovered that the fire took place before the crash, then this is a real game changer that could help identify what was the cause of the planes demise,” he told the Australia Broadcasting Corp. “I’d add that of these five pieces, three of them are from the fuselage.”

Gibson had urged the governments of Malaysia and Australia to not give up their search for Flight 370.

Malaysia, China and Australia agreed in July that the search in the southern Indian Ocean would be suspended after the current 46,000-square mile expanse has been thoroughly examined with deep sea sonar equipment in the absence of credible new evidence that identified the plane’s location, according to The Associated Press.

“I hope that the search will go on and in my amateur opinion this constitutes new, credible evidence that justifies continuing the search,” Gibson told reporters of his unconfirmed debris find, AP reported.

SpaceX Accident ‘Most Difficult and Complex’ in Its History