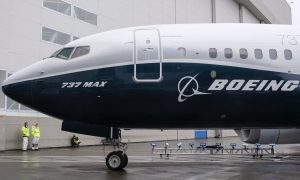 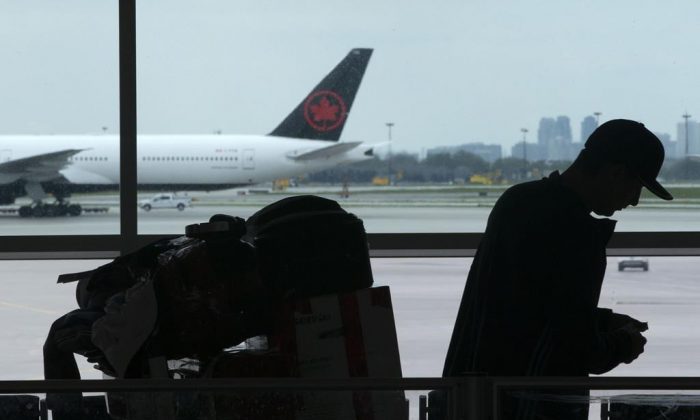 A passenger waits beside their luggage at the departure terminal at Toronto Pearson Airport, in Mississauga, ON. on May 24, 2019. (Chris Young/The Canadian Press)
Canada

MONTREAL—Airlines now have to reimburse passengers for flight bumping and damaged luggage as part of a package of new protections that took effect on Monday.

The regulations require prompt updates and clear communication with passengers about their rights if their flight is delayed or cancelled.

In the event of a tarmac delay, aircraft must return to the gate after no more than three hours and 45 minutes. Passengers must have access to washrooms, heating or cooling, food and water, and communication with people outside the plane free of charge, “if feasible,” the Canadian Transportation Agency (CTA) said.

The issue came to the forefront after a 2017 incident in which two Montreal-bound Air Transat jets were diverted to Ottawa due to bad weather and held on the tarmac for up to six hours, leading some passengers to call 911 for rescue.

The new rules have been met with blowback from both industry and consumer advocates.

Air Canada and Porter Airlines Inc. are among the companies asking the Federal Court of Appeal to quash the new rules, which they say violate international standards.

A court application argues that the passenger bill of rights contravenes the Montreal Convention, a multilateral treaty, by setting compensation amounts based on the length of the flight delay and “irrespective of the actual damage suffered.”

Compensation of up to $1,000 for delays of nine hours or more will take effect in December.

Transport Minister Marc Garneau said he was “surprised—in fact a bit disappointed—that the airlines should come out challenging something that is fundamental, which is passenger rights.”

“We feel that the passenger rights that we’ve put in place are going to stand up and that they’re very fair to both passengers and to the airlines,” Garneau told reporters at Montreal airport Monday.

Passenger rights advocates say the rules do not go far enough, arguing the CTA’s criteria for monetary compensation exempt situations that are defined as “outside of the airline’s control.”

A second batch of rules, set to roll out in December, imposes no obligation on airlines to pay customers for delays or cancellations if they were caused by mechanical problems discovered in a pre-flight check—walking around the aircraft before takeoff looking for defects—rather than during scheduled maintenance—more thorough inspections required after 100 hours cumulatively in the air.

“Airlines understandably cannot be held responsible for acts of sabotage or medical emergencies, yet there are other circumstances listed as outside of carriers’ control in the air passenger protection regulations that raise serious questions, such as labour disruptions and manufacturing defects in an aircraft,” said advocacy group Flight Claim Canada in a release.

“The list is also non-exhaustive—a gap that airlines will use to their advantage to the detriment of air passengers.”

Garneau said terms are clearly defined, but reiterated that delays or cancellations following a pre-flight check are not considered something which warrants compensation.