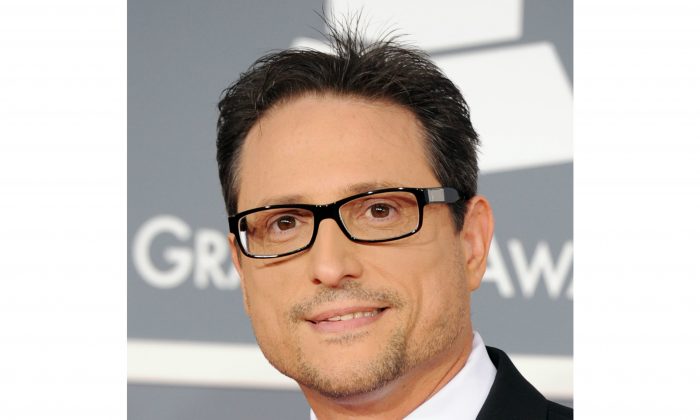 The WalkAway movement, launched in late May by gay NYC hairdresser Brandon Straka, is bringing together Americans from all walks of life—every race, class, sexual orientation, and nationality—seeking to simply be “allowed” to say what they think and be who they are.

They are walking away from the Democratic Party, standing up and being proud of being an American first—not a hyphenated, identity-captive American.

One of the most stunning voices to emerge is an artist of international repute—Grammy-nominated Argentinian composer Al Conti.

“OK, this is a huge moment of truth for me,” he posted on July 6 on the #WalkAway Campaign Facebook page. His WalkAway “coming out” was preceded by his withdrawal from the Recording Academy, after he perceived its Grammy telecast as a “Trump-bashing platform.”

“For the last 15 years, I have pretty much lived in, worked in, ate and breathed the music industry,” Conti wrote. “I am a New Age composer so, as it happens with music genres, when you are successful you become very popular within that niche but can quickly lose your audience should you say the wrong thing.”

Conti, a self-described “introvert,” came out as gay in 2011, the year he was nominated for a Grammy for his album “Northern Seas.” This second coming out was, for him, not only way riskier but also more important to his own roots.

Conti grew up in Argentina during the horrible 1970s “Dirty War.” He feels there is an uncomfortable resemblance between the Obama-style mindset and the thinking of Argentinian dictator Perón. Once he made that connection, Conti said he had already walked away.

His breaking point came when an artist friend tweeted images of children at the U.S.–Mexico border who were supposedly being kept in cages due to Trump’s brutality. The images were taken during the Obama administration, as is now known, and this was for many people the red-pill moment that gave them a true picture of the Trump-hostile media.

“When I saw that image, I said to myself, ‘OK, now I’ve had it,” said Conti, reflecting a common WalkAway theme: It is the media that is causing people to “walk away.”

Conti grew up in an artistic family—his mother was a ballerina; his father, an engineer, writer, and poet. They were, to say the least, not Peronists—his father fought alongside anti-Perón revolutionists.

If there had been a WalkAway movement in Argentina in the ’70s, he said, “My parents would have been the first.”

“They are Trump supporters,” he said. “My father called me after I posted on the WalkAway page, and he said he was very proud of me. He said, ‘What you have done is so important. Because you have a public personality, you have a greater responsibility.’”

Due to Conti’s fame and stature as an artist (in addition to his 2011 Grammy nomination, he has won several awards and had albums reach No. 1 on the charts many times), he had to shake off even more chains than the average person does.

“The repression in me was huge,” he said, “because of the bubble that artists exist in. Everything is scripted, every interview, everything you say. When I would go to awards shows, it was like I was a piece of meat, not my own person.

“They spray tan you from head to toe, and your publicist is just walking you from one interview to the next. I wasn’t using my own voice, I was speaking in the voice that was permitted me by the industry. I was supposed to just say my lines, nothing much, nothing controversial. Nobody ever asked me where I came from or how I felt about anything.

“I was so massively compressed from 15 years of hiding my thoughts that when I pressed ‘send’ on my WalkAway post, it was like this big bang in my life. For the very first time in all the years I’ve been an artist, I can finally be myself.”

Conti was very apprehensive, yet, like so many WalkAway voices on social media, he was driven to speak, as one would be driven to pull the cord of a parachute when leaping from an airplane. For many, remaining silent no longer feels like being alive in the true sense of the word.

“This industry is not an easy one to begin with, it never was,” he said. “It’s very openly hostile to anyone who dissents from the left-liberal line, especially now.”

To his great relief, once he had published his WalkAway post, his publicist in Los Angeles was very supportive, even giving hints that she had similar feelings.

“You wonder how many others are out there,” Conti said.

Recalling the moment, he only had a very short interval before he knew his parachute would unfurl.

“I did it, and there was a second of quiet,” he said. “And then the comments started coming. And then more, and more. Soon, there were almost 1,000 comments. It did not stop for three days. I said to Brandon: ‘This is crazy. This is insane!’”

Conti had been worried about the hostility and hate, but never expected what came at him: an outpouring of love and support from people all over the country and all over the world, in the form of comments, tweets, shares, emails, and, most stunningly, album sales. Sales of his albums shot up so fast that Amazon ran out and had to restock.

“The WalkAway movement doesn’t come from politics; it comes from the heart,” he said. “For people who are filled with hate, there is nothing worse than love. You want to give them a hug and show them love, but they are like, ‘I’ll kill you.’ They don’t know what to do with it.”

At the end of our long conversation, Conti said something that is a page-stopper, an exclamation point, and maybe the very definition of the WalkAway movement and this moment in American history:

“All this hyphenation of Americans, this is what the Democrats are all about. How are you hyphenated? How to keep us separated.