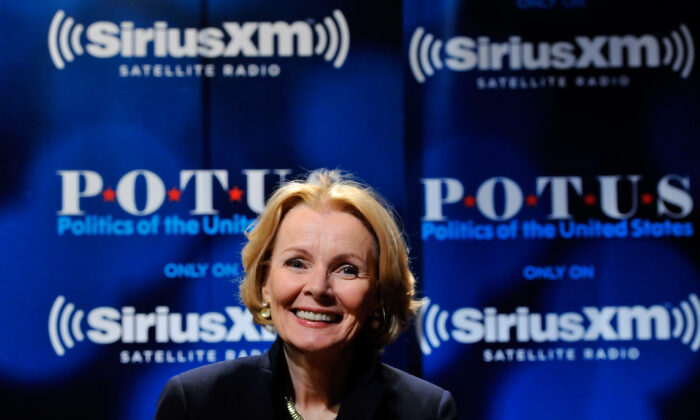 Never Trumpers Are Whistling Past the Graveyard

Peggy Noonan, though it’s the last honor that she would seek, has become the human barometer of the most civilized and amiable Biden media apologists.

Her opinions are interesting not only because they’re usually thoughtful and elegantly formulated, but also, because she’s perceptive and civilized, she may be relied upon to put the most plausible face on the beleaguered Republicans-for-Biden faction.

She wasn’t an early Never Trumper in 2016 and recognized Trump’s novel and powerful appeal, though she found him too demagogic, loose with the facts, and simplistic in his treatment of complicated issues to be a candidate for any support from her. She reported on the 2017 inauguration of Trump with commendable fairness and a particularly gracious description of Melania Trump on that day. Her coverage of the Trump presidency, while generally antagonistic, was always well within the bounds of fair comment, stopped well short of the desperate snobbery of most anti-Trump Republicans, and never really took the bait on the worst of the Democratic-media fraudulent allegations against the president: Russian collusion and the Zelenskyy telephone call impeachment.

But gradually and perceptibly to her readers, Trump revolted her. It was hard not to identify to some degree with those Republicans and moderate Democrats who acknowledged some agreement with many of Trump’s policies but couldn’t abide what they considered the often rampant egotism, reckless over-simplicity, and boorishness of Trump’s public personality. The presidency of the United States, as a fusion of world historic lore with contemporary influence in the world, has no close rivals as the most exalted position on earth. The papacy, to use Stalin’s metaphor, has many divisions, but little impact on economics or the correlation of forces between the great powers (despite Pope John Paul II’s important role in the Western victory in the Cold War). Reservations about some of the foibles of the former president are understandable.

But for reasons that Peggy Noonan never explicitly clarified to her readers, in the course of 2019 she veered sharply away from sensible Trump-distaste to the vanguard of Trump-hate, describing him as a “malignancy metastasizing in the Oval.” She cut any civilized connection that she had with the Trump Republicans and bet her ranch on Joe Biden. As she saw the strength of the anti-Trump coalition, her confidence that Biden would win always seemed to be quite high, though she did volunteer to me in a cordial exchange of emails we had just before election day that Trump was, “considering the forces opposed to him, formidable.” Given that Noonan is, though a hard-hitting commentator, a very decent and kindly person, one might have expected her, feeling vindicated by the election, to have been a force for conciliation.

However, she’s one of those who will never be the same after Jan. 6, 2021. She seems not to have noticed the obvious impact of doubtfully legal changes to the voting and vote counting methods in key states supposedly to facilitate voting during a pandemic, or to have attached much importance to Mark Zuckerberg’s contribution of $400 million to assist in collecting votes, or to the appearance of over 4 million harvested ballots that could not be verified, or even by the refusal of the judicial system to consider any of the constitutional questions.

But scores of millions of people are concerned by these facts, and thought a large demonstration at the Capitol was an excellent idea. Few people approve of trespass or vandalism, but it was hard to imagine that adequate security would not have been provided, and many found the presence of the lunatic in the Wagnerian Norseman costume and other absurd characters in Statuary Hall rather amusing. Congress is terribly pompous and has fully earned its very low approval rating with the public. In the circumstances, Trump’s own remarks to the large audience of his followers on Jan. 6 were reasonably moderate. Certainly the last thing he sought was an invasion of the Capitol by an unruly mob claiming to support him. But Noonan flipped her cork and started referring darkly to “1/6” as if it bore any resemblance to 9/11.

It soon became evident that the Biden administration was grossly misguided in every policy area, and almost completely dominated by the Sanders-Ocasio Cortez socialist wing of the Democrats (which Sen. Bernie Sanders (I-Vt.) himself admits is only about 30 or 35 percent of it). Instead of urging a course correction, though her concern was evident, Noonan beat the war drums on “1/6” almost to the Afghanistan debacle, and since then has been the losing sides’ second half cheerleader in a 30–0 game. Biden just had to do a few things differently, prepare better, be more relaxed, be less “self-referential.” And why couldn’t Trump just lose with dignity like Richard Nixon did in 1960? (Nixon got no credit for his patriotic view that the country couldn’t undertake a serious recount in the middle of the Cold War, and the 1960 election wasn’t remotely as dubious a result as that of 2020.) This past Saturday in the Wall Street Journal she advised Biden on his messaging.

She and all the Never Trumpers are whistling past the graveyard. Whatever his stylistic shortcomings, Donald Trump repositioned the Republican Party out of the country clubs to where it could poach heavily from the long-untouchable Democratic fiefdoms of African-American and Hispanic voters. He enacted a stroke of political genius in transposing celebrity to the highest elective office, and he was somewhat artistic in putting the capitalism of William McKinley and Calvin Coolidge to work incentivizing new employment in economically disadvantaged areas: He used pure capitalism to eliminate unemployment without inflation.

The idea that Trump was a freakish, meteoric fly-past and that the Republicans would go meekly back onto the slow conveyor belt to the left on which the Bushes, and McCain and Romney were happy to ride, was bunk. But Biden was never presidential material—a journeyman from the pocket borough of Delaware who defamed Robert Bork and Clarence Thomas, always had truthfulness and plagiarism problems, whose first two campaigns for the presidential nomination were farcical; it was never clear what possessed Barack Obama to select him for vice president. Robert Gates pointed out that he was always mistaken, and Jonah Goldberg spoke for most knowledgeable observers when he wrote about 10 years ago that Biden had “a hot-air balloon” for a head.

On top of his basic limitations, Biden is clearly slipping mentally and is promoting authoritarian socialism that the country didn’t vote for and doesn’t want. He’s a completely unfeasible president, long past Noonan’s pointers to sharpen his performance. It’s now a race between Biden becoming convinced that the best course is to invoke the ravages of age and make an honorable midterm parting that would be covered by the civility normally accorded to the elderly; or whether he waits until revelations of the Biden family’s sticky-fingered financial activities make it practically impossible for the president to continue.

In their irrational hatred of Trump, Noonan and her kindred spirits are complicit in covering up a rigged election that inflicted the most incompetent administration in American history on the country and the world. There’s no early way back into the Republicans for the Trump-haters, and the Democratic strategists who produced this sequence of disasters will be feeling the pain for a long time.