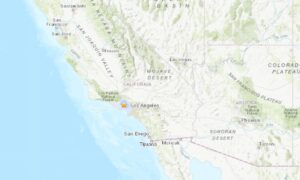 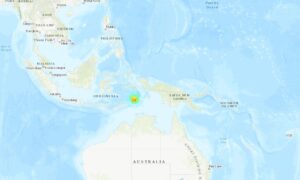 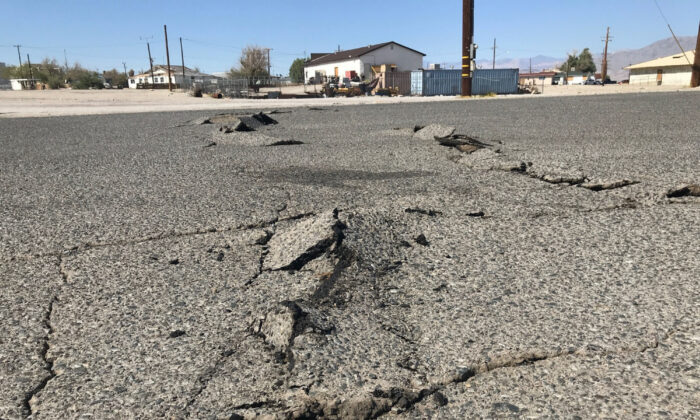 Western Nevada was rattled by a powerful magnitude 6.4 earthquake early Friday. Tremors were also reported in parts of California and Utah.

The massive quake initially struck about 35 miles west of Tonopah in Nevada around 4 a.m., just east of the Sierra Nevada range, The Associated Press reported.

The initial earthquake struck about 4.7 miles deep, according to the U.S. Geological Service.

At least six sizable aftershocks were recorded shortly thereafter, including two with estimated magnitudes of 5.4.

The quake quickly became a trending topic on social media. Residents from Salt Lake City and California’s Central Valley also felt the quake and quickly posted about it.

Reporter Anthony Bailey wrote in the caption of a video he posted on Twitter, “Studio lights sway as a 6.4 earthquake strikes near Tonopah, Nevada.”

A Fresno resident—a major city in California of almost half a million people and approximately 140 miles from the initial quake—posted that the earthquake woke her up.

“Felt an earthquake here in Fresno, CA around 4:00 am,” she said. “Rolling sensation. Woke me up. Where was the epicenter?”

Felt an earthquake here in Fresno, CA around 4:00 am. Rolling sensation. Woke me up. Where was the epicenter? @AnthonyBaileyTV @CBS47 @CalQuake @ECA

According to the National Earthquake Information Center, California generally gets two or three earthquakes with a magnitude of 5.5 and higher every year.

These earthquakes are considered large enough to cause moderate damage to buildings and infrastructure in the state.

The strongest earthquake to hit the state on record measured 7.9 in magnitude and hit near Fort Tejon in 1857, leaving a surface rupture scar over 217 miles in length along the San Andreas fault.