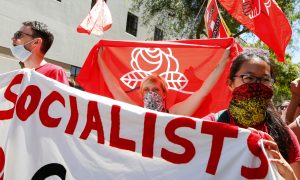 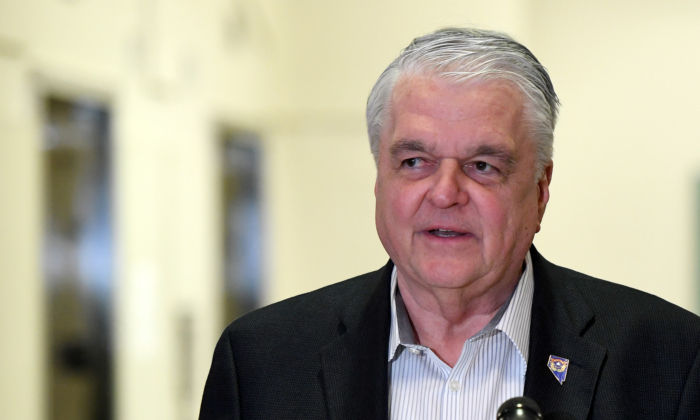 Nevada Plans to Fully Reopen by Start of June: Governor

Nevada is setting a goal of reopening all its counties at 100 percent capacity by June 1, Gov. Steve Sisolak announced on April 13.

“We are aware that some counties may make the decision to move to 100 percent capacity as early as May 1 when they gain the authority, and others may not,” the Democratic governor said at a press conference about the state’s actions regarding the CCP (Chinese Communist Party) virus.

“Each county in Nevada is unique, and two of seven have different factors to consider: rural or urban settings, community transmission rates in the area, and vaccine administration, among a few.”

The state government on May 1 will be removing the statewide required social distancing mandate—although counties may impose their own restrictions. However, the statewide mask mandate will remain until at least June 1, Sisolak noted. No counties will be able to override the mandate.

“Outside of getting vaccinated, it’s still the best tool we have to prevent the spread,” Sisolak said of the mask mandate.

“I wish I could give all Nevadans an exact timeline as to when we can tuck away our masks—but public health officials made it clear that in order to reach our goal of reopening on June 1, we must make sure Nevadans stay masked.”

Meanwhile, the Nevada Gaming Control Board will maintain supervision over gaming institutions—including casinos—throughout the state, Sisolak said. He didn’t specify whether the NGCB would allow reopening at full capacity by June 1.

Nevada on April 5 made all residents 16 and older eligible for CCP virus vaccines. Sisolak announced that as of April 13, 40 percent of people over the age of 16 in the Silver state “have started the vaccination process,” adding that about 25 percent are fully vaccinated.