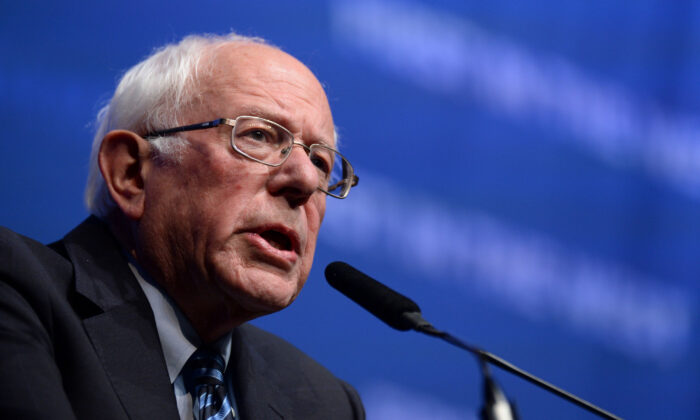 Bernie Sanders’ clash with the hospitality workers union did not start the history of bad feelings about him in Nevada. That started four years ago. Both involved thuggery wherein nasty Sanders followers harassed other candidates and their backers with misogynist and racist delight.

Worse than these outbursts are Sanders’ two-faced responses to them. He verbally condemns this behavior. But he never fires or singles out the perps. Then he and his surrogates go into weasel mode, holding that the nastiness comes from both sides.

“Harassment of all forms is unacceptable to me,” Sanders recently said, “and we urge supporters of all campaigns not to engage in bullying or ugly personal attacks.”

But supporters of all campaigns aren’t engaging in bullying or ugly personal attacks. Just his.

I’m convinced that the Bernie brutes played a part in Sanders’ mediocre performance in Iowa and New Hampshire. Sanders was supposed to win handily in both. Such conduct may dampen an expected Sanders win in the Nevada caucuses.

This month, the powerful Culinary Union 226 put out a flyer comparing the candidates’ positions on a variety of issues. On health care, it noted that Sanders would “end Culinary Healthcare,” the union’s health plan. This is the simple truth. Sanders’ single-payer proposal would do away with all private coverage, the culinary workers’ included.

Not content to explain why its vision might be superior to the union plan, the Sanders cult chose instead to bully and personally threaten the union leaders, not to mention journalists dissenting from Sanders’ worldview.

“It’s disappointing that Senator Sanders’ supporters have viciously attacked the Culinary Union and working families in Nevada simply because our union has provided facts on what certain healthcare proposals might do to take away the system of care we have built over 8 decades,” said Geoconda Arguello-Kline, the union’s secretary-treasurer.

The union has made no official endorsement for the Democratic caucuses.

Sanders spokespeople argue back that nobody knows for sure who is behind this intimidation: So much of it is taking place on anonymous social media. That is a fair concern.

But we can assume it’s not coming from President Donald Trump’s camp, which badly wants Sanders to be the Democratic nominee. Feeding suspicions that these creeps are largely Berners was the violence perpetrated in 2016 by totally identifiable Sanders activists after Hillary Clinton won the Nevada caucuses.

The swine stormed the dais at the Nevada state Democratic Party convention, hurling the C-word at the women trying to run the meeting. The chairwoman received death threats against her and her family.

This trumped-up anger centered on Sanders’ charge that the party made last-minute rule changes favoring Clinton. PolitiFact swatted down those claims as false.

When Sanders couldn’t put off responding to his followers’ behavior, he issued a flaccid statement that didn’t mention it until a third of the way in. Then he went on to blame the other side for much the same. That statement has disappeared from his website.

What’s going on? Some Sanders campers may be suffering MAGA envy, wanting to act out their frustrations on others. And for young people, especially, Sanders’ militarism may have some romantic appeal.

But it would be a step toward restoring decency in our politics—and the party’s future—if other Democrats were to put up their own resistance against intimidation. The way to do it is to show displeasure at the polls.