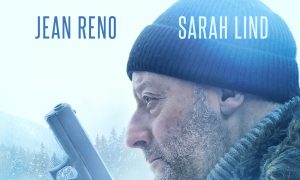 A Nevada woman shot her two teenage sons and her husband in what police have described as a murder-suicide.

Joan Huber, 53, is believed to have killed her 50-year-old husband, Adam Huber, before shooting their two sons last week in Reno, authorities told the Reno Gazette-Journal. The case is still being investigated, and police said there is no known motive in the shooting.

The Washoe County Medical Examiner confirmed the identity of their sons as Adam and Michael, who were 17 and 16, respectively.

Authorities went to the family’s home on March 3 at around 11 a.m. after friends said they had not seen the couple or their children for several days, according to officials, NBC News reported.

The Irish Times reported that Joan Huber, the daughter of a local county politician, is originally from Killarney in Ireland. “I know them to be a good, hardworking honest family and pillars in the community and the type of people you would like to be friends with,” local politician Danny Healy-Rae was quoted as saying by the news outlet.

In Reno, a neighbor described the family as quiet and polite. The murder-suicide was the “last thing that she would have ever imagined in a million years,” the unnamed person told the Reno Gazette-Journal.

Sgt. John Silver, according to the Reno Gazette-Journal, said that investigators are attempting to find more details in the case.

“We don’t know what led up to this,” Silver said. “We didn’t have prior calls or anything like that.”

The two teen victims went to Damonte Ranch High School, leading the Washoe County School District to issue a statement about the shooting.

“Two of our students died following a domestic situation in their home,” Principal Darvel Bell said in the statement to parents, according to News4. “Reno Police are investigating the case, and because this is an active investigation, I am not able to share any more details with you now.”

Bell said that “it has been such a difficult year for all of us, and I appreciate your extraordinary courage over these past few months.”

“Our counselors, district-level crisis team, and community partners will be on our campus tomorrow and will be providing any resources our students and staff members require. They will stay with us for as long as we need them. Counseling and emotional support of staff and students will be our top priority,” Bell said.