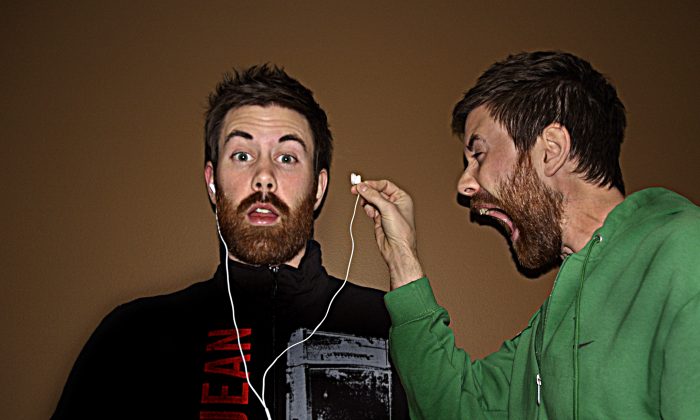 "By peering inside a neuron, we can see the mechanism for how the translation is taking place," says Michael Wehr. (Jonathan Powell/Flickr/CC BY 2.0)
Science

By University of Oregon
biggersmaller
Print

Scientists have observed one of the brain’s fundamental transformations of information. What they found in the brains of rats, they report, may be true across all mammals.

When people hear footsteps or a woodpecker’s drilling, the rhythmic structure of the sounds is striking, says Michael Wehr, a professor of psychology at the University of Oregon. Even when the temporal structure of a sound is less obvious, as with human speech, the timing still conveys important information.

“As the information progresses towards the auditory cortex, however, the representation of sound undergoes a transformation,” says Wehr. “There is a gradual shift towards neurons that use an entirely different system for encoding information.”

How the Language You Speak Changes Your View of the World

Wehr’s team, in a study published in the journal Neuron, documented the transformation. The findings reflect those previously shown in primates.

Neurons in the brain use two different languages to encode information: temporal coding and rate coding.

For neurons in the auditory thalamus, the part of the brain that relays information from the ears to the auditory cortex, this takes the form of temporal coding. Neurons fire in sync with the original sound, providing an exact replication of the sound’s structure in time.

By peering inside a neuron, we can see the mechanism for how the translation is taking place.
— Michael Wehr

In the auditory cortex, about half the neurons use rate coding. The structure of the sound is conveyed through the density and rate of the neurons’ spiking, rather than the exact timing.

To study how the coding system switch, Wehr and undergraduate student Xiang used whole-cell recording to capture thousands of interactions within a single neuron each time it responds to a sound. The team saw how individual cells respond to a stream of rhythmic clicks, and noted that individual rate-coding neurons received up to 82 percent of their inputs from temporal-coding neurons.

“This means that these neurons are acting like translators, converting a sound from one language to another,” Wehr says. “By peering inside a neuron, we can see the mechanism for how the translation is taking place.”

Circuits Deep In The Brain

One mechanism is the way that excitatory and inhibitory neurons cooperate to push and pull together, like parents pushing a playground teeter-totter, he says.

The observation provides a glimpse into how circuits deep in the brain give rise to how the world is perceived, Wehr says.

It could be that the different experiences of sound are produced by the two different kinds of neurons, Wehr says. It could be, he adds, that rate coding is a universal language that helps put together what people see and hear.