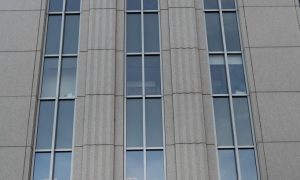 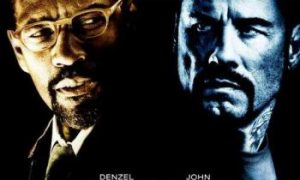 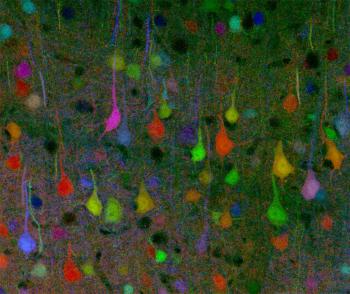 NEURONS: Brain cells or neurons like the ones shown here form a system of communication that acts like social networking. (AFP/Getty Images)
Science

By Martha Roman
Print
According to a study published last month in the scientific magazine Life Science, a group of scientists from several U.S. and German research centers demonstrated in an experiment that the behavior of a population of neurons in our brain behave as active members of a social network like facebook.

Neurons in the neocortex located in the cerebral cortex act as though they are facebooking. This region performs the higher functions such as conscious thought, language, sensory perception, motor function, and spatial reasoning. The neocortex is composed of billions of neurons.

Alison Barth, a researcher at Carnegie Mellon University in Pennsylvania, explained that the team placed a fluorescent label in a gene related to neuronal activity in mice so that the neuron could ignite when activated, according to Life Science.

Thus, scientists were able to confirm that the neurons actually correspond to this gene, that is, that his method worked. Then they isolated the active and inactive neurons by using imaging techniques and recorded their activity.

“It’s like facebook. Most of your friends, do not post much,” Barth said. “But there is a small percentage of your facebook friends who update their status and their website often. These people are more likely to be connected to more friends, so while they are sharing information, [they] are also receiving more information from its extensive network, which also includes other active participants.”

Given these findings, researchers can now determine what causes certain brain cells to be more active and how stable their activity is. Carnegie Mellon researchers plan to study these neurons to see what role they play in the learning process.

The scientific team for this study consisted of Allison L. Barth, Lina Yassin, Brett L. Benedetti, and A. Ying Wen (at the Department of Biological Sciences and Center for the Neural Basis of Cognition at Carnegie Mellon University, Pennsylvania), and Jean-Sébastien Jouhanneau and James F.A. Poulet (the Department of Neuroscience of the Center for Molecular Medicine Max Delbrück and Neuroscience Research Center of the Charité Medical University, in Berlin, Germany).