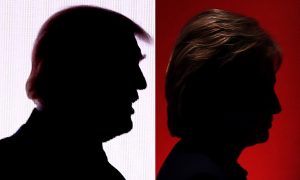 Why It Matters: Issues at Stake in Election
0 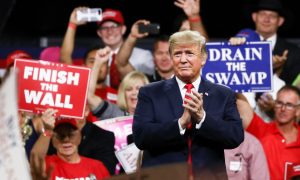 American Revival: 70 Ways President Trump Has Changed the Nation Over the Past Two Years
0 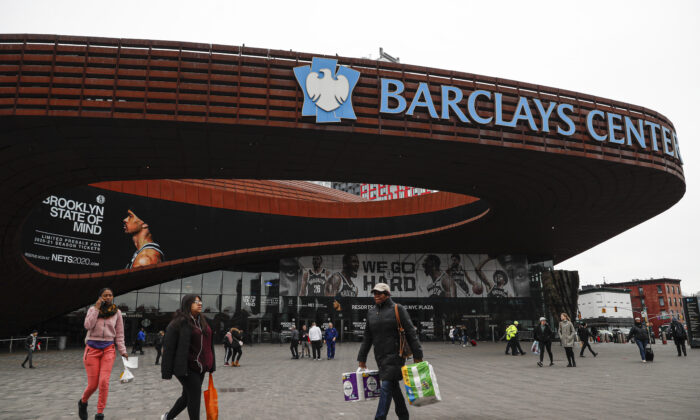 Pedestrians walk past the Barclays Center, which is home to the Brooklyn Nets, in the Brooklyn borough of New York City on March 12, 2020. (John Minchillo/AP Photo)
US News

The Nets did not name the players Tuesday, but Durant told The Athletic he was one of them, saying: “Everyone be careful, take care of yourself and quarantine. We’re going to get through this.”

The Nets announced that one player is exhibiting symptoms, while the other three are asymptomatic. All four players have been isolated and are under the care of team physicians.

“The health of our players and staff is of the highest priority to the organization and the team is doing everything within its power to ensure that those affected receive the best care possible,” the Nets said in a statement.

Brooklyn’s most recent game was March 10 in Los Angeles against the Lakers. After the Nets announced their test results, the Lakers—who have the NBA’s second-best record this season and two of the game’s biggest stars in LeBron James and Anthony Davis—indicated that their team will now be tested.

“Given the exposure risks from our game against the Nets on March 10th, we are following the next steps of our COVID-19 procedures and protocol that are established in consultation with various health officials, the NBA and our UCLA Health doctors,” the Lakers said. “The health and well-being of our players, staff, fans, and society in general, is of paramount importance to us, and will continue to be our focus.”

The Nets said that all players and members of their travel party are being asked to remain isolated and closely monitor their health, but the team’s ability to get testing that has been unavailable to so many others drew criticism from New York Mayor Bill de Blasio.

“We wish them a speedy recovery. But, with all due respect, an entire NBA team should NOT get tested for COVID-19 while there are critically ill patients waiting to be tested,” de Blasio wrote on Twitter. “Tests should not be for the wealthy, but for the sick.”

NBA spokesman Mike Bass later said that public health officials and team physicians had concerns that players—because of their direct contact with each other and interactions with the general public—“could accelerate the spread of the virus.”

The NBA’s hope is that the platform its players have will raise awareness among the game’s fan basis on the topic of taking precautions seriously. Several NBA players have taped messages in recent days on the topic; Portland’s Pau Gasol, for example, released one Tuesday thanking first responders for their work on the front lines of the crisis.

“Hopefully, by these players choosing to make their test results public, they have drawn attention to the critical need for young people to follow CDC recommendations in order to protect others, particularly those with underlying health conditions and the elderly,” Bass said.

It is unknown how many teams have been tested.

Brooklyn beat the Lakers in that March 10 matchup. The Nets were then to face the Golden State Warriors two nights later in San Francisco—a game that was to be played without fans because of a decision made by local officials there—before the NBA season was suspended after Utah’s Rudy Gobert tested positive for the CCP virus. Durant was in Los Angeles for the Nets’ game against the Lakers, but was not in San Francisco for the game against the Warriors, his former club.

“I saw that news,” Warriors coach Steve Kerr said of the Nets’ positive tests while speaking on a conference call. “I’m hoping none of our players went and hung out with guys the night before our game. I don’t know if that’s the case or not.”

Kerr added that he didn’t need to be convinced that suspending the season was the correct decision.

“I think everything that’s happened since the league shut down was enough proof that we did the right thing, that the NBA did the right thing and that we need to follow the advice of the experts out there and everybody’s got to do their part,” Kerr said.

Meanwhile, the NBA’s board of governors met again Tuesday for what a person familiar with the details of the call categorized as an “update” on the pandemic and the league’s response. Among the speakers addressing team owners was former Surgeon General Dr. Vivek Murthy, who served during President Barack Obama’s second term and discussed the U.S. response to the virus, according to the person who spoke to The Associated Press on condition of anonymity because the call’s details were not released publicly.

Besides the four Nets and Gobert, Utah’s Donovan Mitchell and Detroit’s Christian Wood are the other NBA players who have tested positive.

The Nets said they are currently notifying anyone who has had known contact with the players, including recent opponents, and working closely with state and local health authorities on reporting.

“If everybody in the world would just stay home for 2 weeks regardless if they have symptoms or not, this thing would blow over a lot faster,” Washington’s Davis Bertans tweeted.