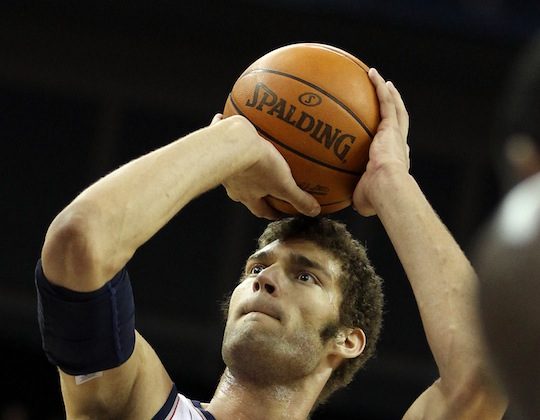 New Jersey Net center Brook Lopez has a sprained right ankle and will miss three weeks, according to a report on the NBA’s website. Lopez injured the ankle Sunday in the third quarter of New Jersey’s 104–101 win over Charlotte.

Lopez, who had just returned on February 19th from a stress fracture in his foot which had sidelined him since the season started on December 25th, has averaged 19.2 points in his five games this season.

The fourth-year pro out of Stanford led the team in scoring last season and actually had not missed a game in his career until this season.

The injury is especially damaging for the Nets who had been trying to package a healthy Lopez as the centerpiece in a trade for star center Dwight Howard before the March 15 trade deadline.