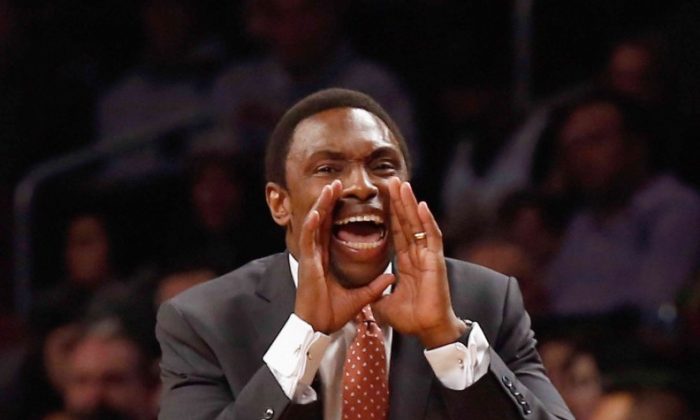 Avery Johnson’s Nets had lost 10 of their last 13 games after an 11-4 start to the season. (Mike Stobe/Getty Images)
NBA

The Brooklyn Nets have fired head coach Avery Johnson, according to a report on the NBA’s website.

“The Nets ownership would like to express thanks to Avery for his efforts and to wish him every success in the future,” said Brooklyn Nets owner Mikhail Prokhorov.

Johnson had the Nets off to an 11–4 start to the season but the team has gone 3–10 since that time including a 108–93 loss to Milwaukee Wednesday night.

Johnson, who previously coached Dallas to the NBA Finals in 2006 while winning the NBA’s Coach of the Year that season, was hired by the Nets in June of 2010. His first two teams went 24–58 and then 22–44 last season. Currently the team is in eighth place in the Eastern Conference with a 14–14 record.