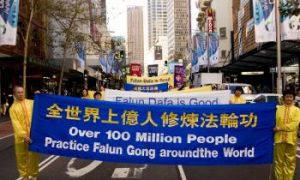 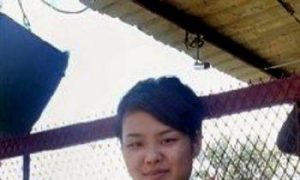 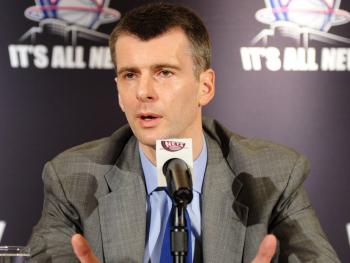 By Dan Pomerleau
Print
The New Jersey Nets (11–31) broke their six-game losing streak with a hard fought 105–95 win against the Utah Jazz (27–15) at the Prudential Center in Newark on Wednesday.

The win came on the heels of an announcement by Nets owner Mikhail Prokhorov earlier in the day that negotiations with Denver Nuggets star Carmelo Anthony were now over.

“Really, I am not happy with the way the deal has gone until now,” Prokhorov said in a news conference before Wednesday’s game.

“It has taken too long. It has been played out in public. The uncertainty has taken a toll on the players. And I believe it has cost us several game—games I believe our team for sure could win in this period of time.”

Prokhorov said that he instructed Nets management to walk away from the Anthony deal. “There comes a time when the price is simply too expensive,” the Russian billionaire said.

While the news of Anthony’s falling out with Nets management may be disappointing for Nets fans, it offers a stronger sense of hope for Knicks fans.

Many sports analysts believe the Knicks could now be Anthony’s next team. An Anthony-Amar’e Stoudemire tag team would certainly bring good things to the playoff contending Knicks franchise, even if that meant the loss of a key player like Wilson Chandler or Danilo Gallinari.

Wednesday’s win for the Atlantic Division bottom-feeding Nets featured several swings in scoring with the Jazz taking it to the Nets early on with an eight-point lead midway through the first quarter.

But then the Nets offense started clicking and the Jazz got sloppy with turnovers enabling the Nets to end the quarter up 27–19 with the entire starting lineup contributing.

The Nets lead climbed to 12 points in the second quarter before the momentum swung back to the Jazz, who went on a 21–9 run to briefly take the lead and ultimately tie the score at 48-48 at the half. Kirilenko continued to make big contributions and Al Jefferson assisted his effort for the Jazz.

Then in the third quarter, the Nets again made a push and built a 14-point lead with Brook Lopez and Travis Outlaw coming alive with an additional spark from the bench in Jordan Farmar. Lopez scored 11 points in the third quarter alone after being held to just four in the first half.

The Nets maintained their strong lead for the rest of the game with good help from the bench until the Jazz pulled within two points with two minutes to go in the game.

Missed foul shots by the Jazz and a controversial possession call that went the Nets way sealed the Nets win.

Lopez led the Nets with 20 points, and the Sasha Vujacic, Kris Humphries, and Farmar all broke double-digit scoring for a combined 38 points from the bench.

Jefferson and Deron Williams led the Jazz with 21 points and 20 points respectively, and Kirilenko finished with 17 points.

The Nets, that are just 2.5 games ahead of the Eastern Conference's worst team the Cleveland Cavaliers, play the Detroit Pistons in New Jersey on Friday.