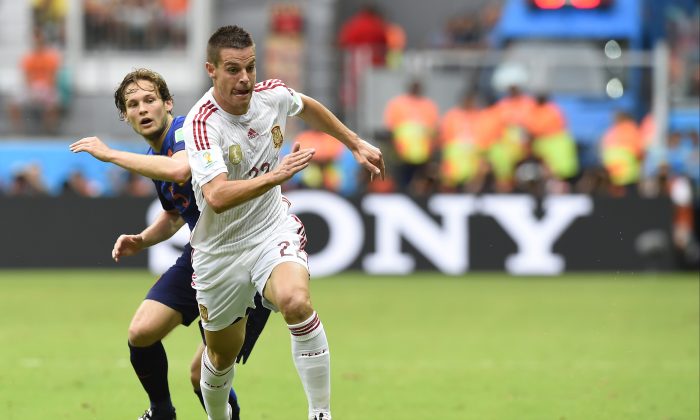 An article that says the Netherlands will “continue in the World Cup” despite a “doping scandal” is fake.

The fake report was posted on National Report, a self-described “satire” website that only publishes false news and editorials.

“The Netherlands’ shocking 5-1 blowout win over Spain on Friday made headlines all over the world. But on Saturday, FIFA officials discovered something that should jeopardize the team’s future in the 2014 World Cup: that several members of the team, each of whom were part of the starting eleven that beat Spain, have tested positive for doping. And in an even bigger scandal, FIFA is refusing to do anything about it,” the fake report says.

“On Saturday and Sunday, FIFA officials administered random drug tests to all of the participants in the 2014 World Cup, and during those tests, it was revealed that six players from the Netherlands and one player from Belgium have tested positive.”

According to a disclaimer that has been taken down, National Report is satire.

“*DISCLAIMER: National Report is a news and political satire web publication, which may or may not use real names, often in semi-real or mostly fictitious ways,” it reads.

The National Report has stories like “Obama Announces Plans for a Third Presidential Run” and “Pope Francis Goes Public With Support Of RFID Chip Implantation”–both of which are fake.