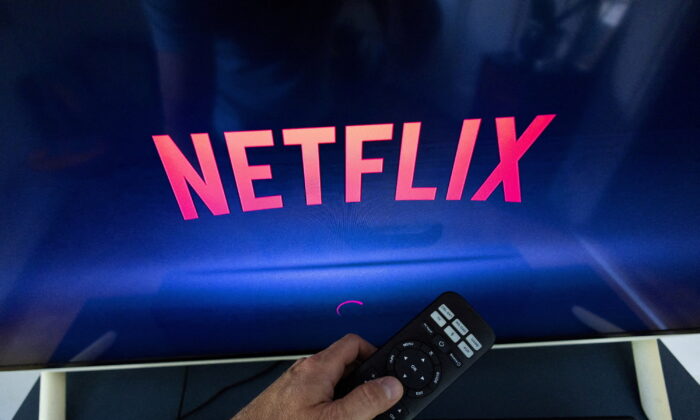 A Netflix logo on a TV screen, ahead of a Swiss vote on a referendum called "Lex Netflix," in a photo illustration taken on May 9, 2022. (Denis Balibouse/Reuters)
Companies

Netflix to Expand Password-Sharing Clampdown With ‘Add a Home’ Fee

The option will roll out in Argentina, the Dominican Republic, Honduras, El Salvador, Guatemala on Aug. 22
By Caden Pearson

Netflix has announced that users in certain test countries who want to share their account with another household will soon be asked to “add a home” for an extra fee in a bid to clampdown on sharing.

The global streaming platform explained that “a home is a physical location—like your house—where you can use your Netflix on any of your devices, and the number of devices you can watch on at the same time depends on your plan.”

But from Aug. 22, users in Argentina, the Dominican Republic, Honduras, El Salvador, and Guatemala who sign in to Netflix on a TV outside their home will be asked to add a home for an extra monthly fee.

Customers in the Dominican Republic, Honduras, El Salvador, and Guatemala will pay $2.99 per month per extra home while the fee for users in Argentina will be 219 Argentine pesos (US$2.26) per month.

“We will not automatically add a home and charge the extra fee,” Netflix said in a statement published in its Help Center.

The new scheme comes as Netflix reported that it lost around 1 million subscribers in the first quarter of 2022. It subsequently cut around 450 jobs in the United States and Canada in a belt-tightening move.

Customers will continue to be able to watch Netflix on their laptop or mobile device while traveling, but new limitations will be placed if they watch on a TV.

While traveling, users can watch Netflix on a TV outside their home for up to two weeks provided their account has not previously been used in that location. This will be allowed once per location, per year, Netflix said.

Netflix’s announcement comes as it reported on Tuesday that it lost around 1 million subscribers.

The streaming behemoth laid off around 450 employees in May and June, mostly in the United States, as subscriptions substantially fell for the first time in a decade.

Chengyi Long, Netflix’s director of Product Innovation, wrote in a blog post that “widespread account sharing between households undermines our long term ability to invest in and improve our service.”

“We value our members, and recognize that they have many entertainment choices. So we’re working hard to make great TV shows and films, and to be as thoughtful as possible about how we charge for use across multiple homes,” Long said.

“We will not make changes in other countries until we better understand what’s easiest for our members.”

In April, the company told shareholders (pdf) that one reason revenue growth had slowed is because of the “relatively high” amount of account sharing.

Around 222 million households pay for Netflix, which the company said is mostly accessed via TVs connected to broadband internet. But the company estimates that Netflix is being shared with over 100 million additional households, including 30 million in the United States and Canada.

Besides account sharing, Netflix said it faces a more crowded streaming marketplace, with Amazon and Disney launching platforms, and macro factors such as sluggish economic growth, increasing inflation, conflict in Europe, and COVID-19.