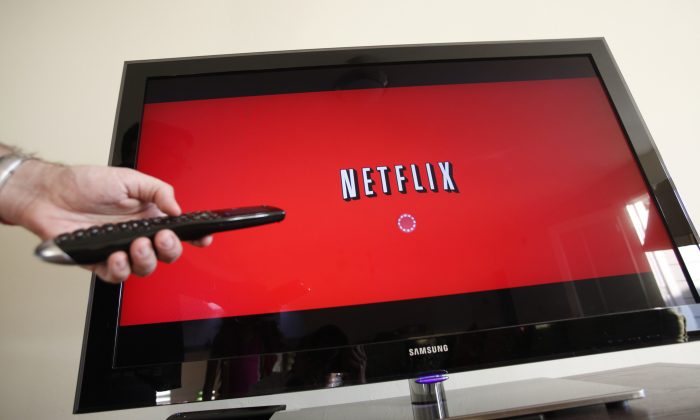 Can anyone beat Netflix Inc.? That seems to be the question that many, including Netflix’s closest rivals such as Hulu and other TV networks, are asking, even as the company’s stock price keeps rising to record heights (it is currently at $658 as this article goes to press), leaving it with a market cap of just under $40 billion.

The online streaming company—which successfully transformed itself years ago from a DVD-by-mail service—is streaming ahead (no pun intended) in terms of subscriber volume, revenue, and original programming, and is now looking to leave its competitors in the dust.

But there may be no coincidence that Netflix seems to be the player to beat in the online media streaming market. Rather, Netflix may be a perfect industry study of how a company used an understanding of changing market conditions, deliberate execution, and understood technology change to position itself where it is today.

Transitioning From DVD to Streaming

Netflix was founded in 1997 by Marc Randolph and Reed Hastings as a DVD-by-mail service. It started off on a pay-per-rental model, and then switched to a flat-fee unlimited rental model in 1999. Over the next few years, it grew in popularity, and went public in 2002.

The company mailed its 1 billionth DVD in 2007, but the seeds for its future growth were sown in 2006–2007, when the company, seeing the potential of delivering paid video over the Internet, started its streaming model. Netflix also partnered with device manufacturers (such as TV makers or DVD player makers such as Sony Corp., Panasonic Corp., etc.) to directly build Netflix functionality into these devices, thus enabling a broad range of consumers to be immediately exposed to Netflix’s services.

While Internet streaming suffered from slow speed and buffering issues in the early days, video streaming got better over the next few years, as Internet speed got faster, and pressure from online services such as Google Inc., Netflix, and others forced Internet service providers to provide better speed to users.

Given Netflix’s existing popularity and brand image, its large subscriber base, the application’s being pre-installed on a multitude of devices, Netflix’s generally being the only popular name in the commercial streaming space, and the plethora of programming it offered—not to mention its one month free trial—it was probably no coincidence that it began to catch on as the preferred online streaming service of many people.

But Netflix’s popularity and rise in subscriber numbers alone weren’t enough. As the company was charging $7.99 per month for unlimited streaming and subscription numbers were rising into the tens of millions, the company was pulling in billions of dollars in revenue every year. But there was a key catch: The amount it paid producers for the original content kept rising as well.

Because until recently, Netflix had been simply posting movies and television programs from major film studios and TV networks, and paying them viewership-based royalties. And as Netflix’s revenue increased, the amount paid out to the content producers was rising at the same or sometimes even higher rate, leaving Netflix with only a thin profit for itself.

So Netflix decided to take things into its own hands, as it had done for years. The company moved into doing exclusive programming, and started financing its own original programs. “House of Cards” was the first of these to premiere in 2013, and it has been followed by “Orange Is the New Black,” “Daredevil,” and others—several of which have won awards and been highly rated by users. This past week, Netflix launched the trailer for yet another original series, “Wet Hot American Summer.”

The move to original programming has also helped Netflix gain a new subscriber base who comes specifically for its original programming—thus increasing the company’s revenue. And since the content is original, Netflix can keep the profits from the viewers of these programs, and also license out its content to other providers, such as Google Play.

And as Netflix moves further into original programming, it moves into the territory of traditional linear TV networks, such as HBO and others.

It’s hard to say how much more Netflix can grow, but the company reported $5.5 billion in revenue and $402 million in operating income in 2014. With its slew of original content and global expansion plans (it launched in Spain recently and will expand across Europe), Netflix is probably going to be spending more in the short-term for growth, but is likely to see an increase in revenue as well in the years to come.