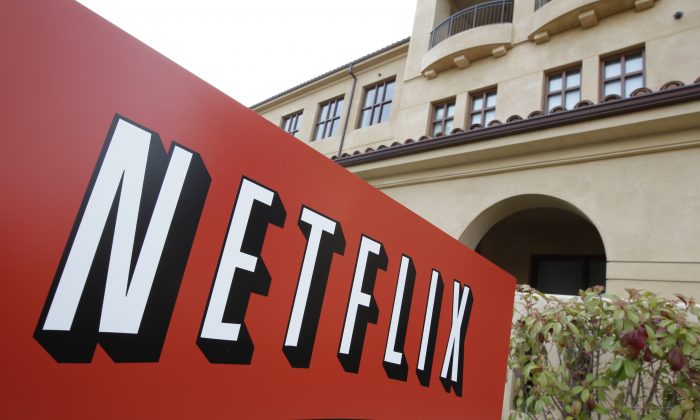 SAN FRANCISCO—Coming off its best quarter yet, Netflix is hoping to hook millions more Internet video subscribers with the lure of original programming as the company tries to build the leading network for the digital-streaming age.

“Internet TV is growing globally and Netflix is leading the charge,” CEO Reed Hastings boasted in a letter to shareholders.

Can Wavelength Replace Netflix and The Pirate Bay? (Video)

Netflix Won’t Say How Many People Watch Their Series

The performance drew rave reviews from investors as Netflix’s stock surged $45.20, or 13 percent to $394 in extended trading. The shares still remain well below their record high of $489.29 reached four months ago.

Netflix is pouring more money into original programming in an effort to maintain its leadership in long-form Internet video amid intensifying competition from imposing rivals such as Google Inc.’s YouTube, Amazon.com and Time Warner Inc.’s HBO.

The on-demand convenience of online video streaming has become so popular that HBO, a 42-year-old cable channel, will start selling a separate Internet-only subscription later this year to connect with the steadily expanding audience spurning traditional pay-TV packages. Meanwhile, YouTube has been amassing more professionally produced content to supplement its wide array of amateur videos, while Amazon.com plans to finance about a dozen full-length films for its $99-a-year Prime service, which also includes free shipping and music streaming for its e-commerce customers.

Netflix’s emphasis on more distinctive shows, launched two years ago with the debut of award-winning “House of Cards,” has reeled in more viewers while trimming profits because of higher licensing costs. To help pay the bills, Netflix raised its prices last May by $1 a month, to $9, in a move that the company initially blamed for disappointing subscriber growth last summer.

Hastings now believes last summer’s lackluster growth had more to do with narrowing opportunities to expand in the U.S. now that Netflix already is in so many domestic households. The service ended December with 39.1 million subscribers in the U.S., accounting for more than two-thirds of Netflix’s customers spread across about 50 countries.

Netflix began the new the year with 18.3 million international subscribers. The company’s subscriber growth internationally has topped the U.S. numbers in three consecutive quarters, a trend that’s expected to continue for years.

The Los Gatos, California, company is anticipating an additional 4 million global subscribers during the first three months of this year, boosted by the Feb. 27 return of “House of Cards.” The period also will feature the March 6 debut of “The Unbreakable Kimmy Schmidt,” a new series produced by comedian and writer Tina Fey, as well as new drama called “Bloodline,” to be released March 20.

More than 20 other Netflix originals are scheduled to be released this year, including the third season of another acclaimed TV series, “Orange Is The New Black” and a movie sequel to “Crouching Tiger, Hidden Tiger.” Netflix says it will have 320 hours of original programming debuting this year.

Netflix just entered six more European countries, including, Germany, France and Switzerland, and is scheduled to begin streaming in Australia and New Zealand in the spring. Hastings hasn’t revealed which countries will be next, but J.P. Morgan analyst Doug Anmuth believes southern Europe and Japan are the mostly likely candidates. In his Tuesday letter, Hastings assured shareholders the international expansion would be completed by 2017 while ensuring the company remains profitable.