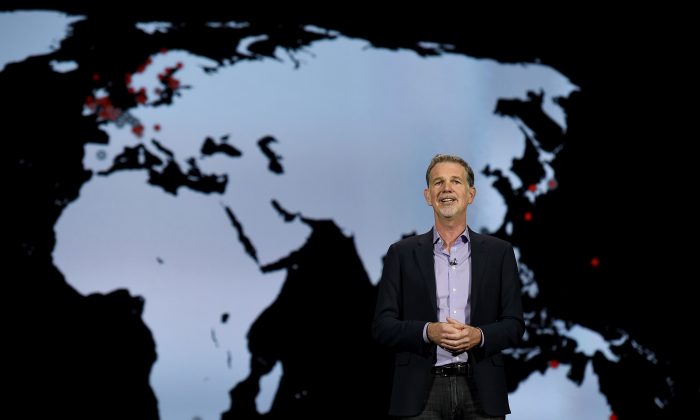 Netflix Is Everywhere (Almost), so What Does This Mean for Local Media?

In his keynote address at the Consumer Electronics Show in Las Vegas this week, Reed Hastings, Netflix CEO, announced that Netflix will now be available in 130 new countries. This sees Netflix more than triple its global presence.

The world map of Netflix availability on the company’s website is now a sea of red. Among the countries yet to have access to Netflix is China, although the company is exploring this. Crimea, North Korea and Syria are also yet to be included due to United States government restrictions.

So what does #NetflixEverywhere—as it was dubbed on social media—mean for the new media landscape globally and in Australia?

Competitors in the VoD Market

While Netflix’s main video on demand (VoD) competitors are seen to be HBO, Amazon and Hulu, their current global reach is small scale in comparison.

Netflix is well known for its original content: Orange is the New Black, House of Cards, Narcos, Sense8 and Marvel’s Daredevil to name a few.

The colossal expansion of Netflix can only provide more opportunity for original content, both globally and within the local market.

The statement also listed the original content for 2016 to include:

Unfortunately not all content available on Netflix will be released globally.

The licensing contract Netflix has with Walt Disney allows the service the rights to Disney films after a theatrical release, but will be limited to only the United States and Canada. This shows a clear disconnect between the distribution business models and distribution potential for streaming services.

This staggered release approach is often cited to be part of the reason for high rates of piracy in Australia, although recently there has been a small decline.

These limitations on distribution will assist Australian media companies in the rights battle locally, in particular Foxtel.

In the middle of last year, Foxtel’s CEO Richard Freudenstein said: “Foxtel is a premium service, which naturally costs a bit more, whereas Netflix and Presto are add-ons either to free to air for people who don’t watch much TV or to subscription TV.”

Despite this claim there has been a large price drop on Foxtel services to compete with the new VoD services.

Netflix is now a global media network with almost full global reach. Last year, prior to the launch in an additional 130 countries, Netflix subscribers watched 42.5 billion hours of content.

It was also revealed that Netflix subscribers are watching on average 13 hours of content on a weekly basis. These hours of viewing are replacing other recreational time, presumably conventional television viewing.

An analysis of figures from the Australian multi-screen quarterly reports, which monitor people’s viewing habits, show there has already been a drop in television viewing hours by Australians, of more than 18 hours per month between 2011 to 2015. In the same period online video viewing has increased by ten hours per month.

How to Unlock Hidden Movie Categories on Netflix

Netflix Expands to 130 New Countries, but China’s Not One of Them

With regard to online video viewing, teens watch more than double the Australian average, 28 hours, with the 18-24 demographic watching 22 hours per month. Both demographics viewed fewer than five hours of online video in 2011.

With the increase in smart television purchases in Australia, this will provide greater access to VoD services such as Netflix. This is in addition to the services being available via mobile and portable devices. Recently Apple TV used Netflix programming as part of its advertising campaign for the new Apple TV, titled The Future of Television.

The Return of Live TV

For Australian television broadcasters we may see a focus on providing content that Netflix won’t, such as live content. This will include more reality and sport programming. It’s interesting to note then, that television is verging back to a live medium, as it started in Australia almost 60 years ago.

It is clear that Australian viewing habits are continuing to change. Netflix is yet to have its first birthday in Australia, but the 10 percent uptake is impressive. This is compared to Foxtel’s 30 percent uptake, for a company that started more that 20 years ago.

With Netflix now “everywhere,” there is potential for Australians to benefit from this, including more content and hopefully more Australian content.

The caution for Netflix must be to provide content for the local markets, not just a one-size-fits-all approach across more than 190 countries.

Marc C-Scott is a lecturer in screen media at Victoria University in Australia. This article was previously published on TheConversation.com