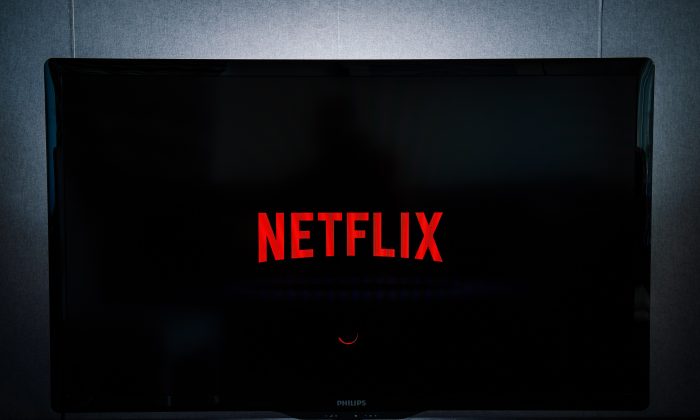 Netflix, on a television screen in Stockholm on Sept. 11, 2014. (JONATHAN NACKSTRAND/AFP/Getty Images)
Companies

Netflix Earnings Will Test Waters for Tech Giants After Rout

Beleaguered technology investors are looking to Netflix Inc. to stop the bleeding.

The company’s earnings are poised to be even more closely watched than usual on Oct. 16  after last week’s market rout. Netflix is one of the first major U.S. companies to report third-quarter results—and 2018’s best-performing FAANG stock—making it especially influential in the wake of a drubbing that hit the tech giants hard.

“Trends at Netflix, whether above or below expectations, will set the tone,” MKM Partners LLC analyst Rob Sanderson said in a note.

Netflix is also looking to redeem itself after missing subscriber estimates in the previous quarter, a whiff that sent the stock on its worst one-day tumble in two years. The shares haven’t managed to climb back to a record set in July, but they remain up 73 percent for the year.

As always, the most important gauge of Netflix’s performance is subscriber growth. Wall Street expects Netflix to have added about 5.1 million subscribers in the third quarter, based on the average of seven estimates compiled by Bloomberg News. That’s 673,000 in the U.S. and 4.42 million internationally.

For the fourth quarter, analysts are anticipating 1.64 million net subscriber additions in the U.S. and 5.54 million internationally, based on five estimates.

It’s critical that Netflix remains on a steady growth curve, especially as rivals prepare their own services. AT&T Inc.’s WarnerMedia said last week that it would release a streaming platform in late 2019, aiming to capitalize on its massive trove of movies and TV shows. Walt Disney Co. also is preparing a streaming service for next year, promising hundreds of movies and thousands of TV episodes.

That’s bound to put pressure on Los Gatos, California-based Netflix, which charges between $8 and $14 a month in the U.S. for its service.

For now, Netflix is expected to benefit from a strong slate of new content in the quarter, such as the second season of “Ozark.” That makes it unlikely that subscriber growth will disappoint investors again, Macquarie Bank analyst Tim Nollen said. Another miss would be especially damaging for the stock, said Nollen, who has the equivalent of a buy rating on Netflix.

Wall Street expectations appear to be conservative for the fourth quarter, according to Citigroup Inc. analyst Mark May. Coupled with last week’s stock swoon, that has made Netflix more desirable, he said.

“We view the recent sell-off as an opportunity to own a high-quality, recurring-revenue franchise with attractive upside,” said May, who upgraded his rating on Netflix to buy from neutral on  Oct. 12.

Netflix was hammered on Oct. 10-11, losing nearly 10 percent of its value. Still, it began to rebound on Oct. 12, gaining almost 6 percent.

Amazon also was hit hard by the sell-off, though it remains just behind Netflix among FAANG stocks this year. It’s up 53 percent through Oct. 12.