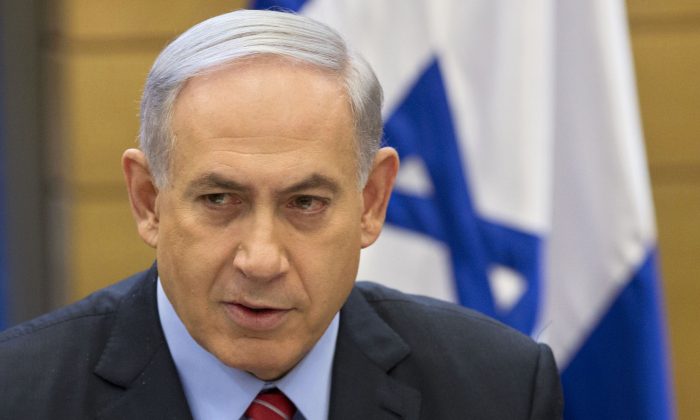 JERUSALEM—Israeli Prime Minister Benjamin Netanyahu has barred all Cabinet ministers and lawmakers from visiting a sensitive Jerusalem holy site, fearing any high-profile spectacle could further enflame tensions that have gripped the country for weeks, an Israeli official said Thursday.

But Netanyahu’s move to try and calm the situation is now appearing to put the Israeli leader on a collision course with hard-liners within his own governing coalition. They have been putting intense pressure on Netanyahu to respond to the surge in violence with a tough crackdown and increased settlement activity.

But Netanyahu is also wary of angering the American administration and risking another full-fledged uprising with too tough a response that could lead to a higher number of casualties on both sides.

The Jerusalem hilltop compound lies at the heart of recent tensions. It’s revered by Muslims as the spot where Prophet Muhammad ascended to heaven and by Jews as the site of the two Jewish biblical Temples.

Many Palestinians believe Israel is trying to expand Jewish presence at the site, a claim Israel adamantly denies and considers slanderous. Under a longstanding arrangement administered by Islamic authorities, Jews are allowed to visit the site during certain hours but not pray there.

The latest Israeli-Palestinian unrest began about three weeks ago as Palestinians repeatedly barricaded themselves inside the Al-Aqsa mosque, located at the sacred site, and hurled stones, firebombs and fireworks at the police.

The violence later spread to Arab neighborhoods of east Jerusalem and to the West Bank, and on Tuesday there were disturbances in Jaffa, a largely Arab area of Tel Aviv.

In all, four Israelis have been killed in stabbings by Palestinian attackers and a roadside shooting in recent days. Five Palestinians, including three of the attackers, have been killed. On Wednesday, new stabbings occurred outside a crowded mall in central Israel, in a southern Israeli town and in the Old City of Jerusalem.

According to the Israeli official, who spoke on condition of anonymity under regulations, Netanyahu ordered the ban on the holy site because he was concerned that any visits to the site could spark further violence.

Netanyahu’s ban, which initially only applied to Jewish lawmakers, sparked an angry response from Uri Ariel, a Cabinet minister from the pro-settler Jewish Home party, who recently visited the site and drew Palestinian claims of a provocation. He said on Thursday that he would take the issue up directly with Netanyahu.

Responding to the pressure, Netanyahu updated the ban to include all lawmakers. That, in turn, sparked angry threats from several Arab lawmakers who said Netanyahu had no moral authority over them. Two of the lawmakers have already announced that they plan to visit the site on Friday.

With the attacks spilling into the Israeli heartland, Netanyahu has warned Israelis to be on guard.

In another sign of the tensions, Jerusalem Mayor Nir Barkat was seen carrying an assault rifle while visiting an Arab neighborhood. Barkat, a former military officer and licensed gun owner, defended his decision to carry a weapon and on Thursday, he encouraged other licensed gun owners to also carry their weapons at this tense time.

“One of the advantages Israel has is that there are many veterans of military units with operational combat experience,” he said. “Having a weapon increases the resident’s confidence.”

In related developments, Jerusalem’s junior high and high schools went on strike Thursday to protest the lack of security on campuses. Barkat said the city’s students have been “abandoned” and that it was irresponsible to send them to school with the threat of violence looming.