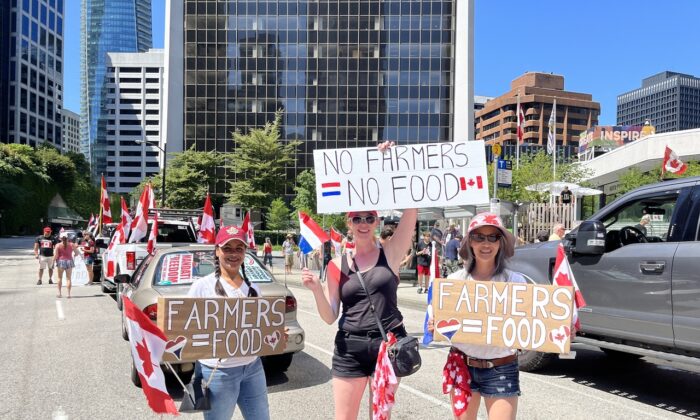 Net-Zero Is the Real Climate Catastrophe

Maybe Vladimir Putin SHOULD get the Nobel Peace Prize after all.

To be sure, Putin’s bloody invasion of Ukraine is an affront to humanity, given his targeting of civilians. Russia even fired upon medical and humanitarian aid convoys and is using a nuclear power plant as a shield for his military operations.

But Putin’s invasion may be saving Europe—and other nations—from their blind devotion to the “climate catastrophe” movement and the worldwide push to “Net Zero by 2050.” Even before Putin’s war disrupted European energy supplies vastly increased energy costs, Europeans were suffering from senseless “green” energy policies imposed in the name of “saving the planet.”

The radical Net Zero plan, crafted by the United Nations and endorsed by such entities as the World Economic Forum (WEF), would press nations to abdicate reliance on fossil fuels, nuclear energy, and even hydroelectric dams in favor of so-called “green energy” that is not that green and does not generate and transmit reliable, affordable energy.

Their collectivist, totalitarian plans were said to be based on claims that relatively minor increases in carbon dioxide concentrations in the atmosphere would (according to unchecked science fiction writers) submerge the Statue of Liberty, raise sea levels to kill or displace billions, and burn up land long devoted to agriculture.

Ordinary humans, they argued, must substitute plant-based “meats” and eschew even seafood, drive only electric vehicles, and downsize their lifestyles (except for the elites, whose lifestyles would remain opulent). Less publicized among their plans is for intermittent, heavily regulated electricity doled out first to those with high “social credit” scores.

While the “irredeemable deplorable” working class whose lives are already being disrupted by these grandiose elitist plans have distrusted these pontifical predictions, the incessant propaganda machines of government schools, state media, and even social media have succeeded in blunting public opposition—until recently.

Putin’s war and the energy shortages, outrageous price hikes, and panics have radicalized many European populations (the Dutch farmers’ revolt and protests against high energy come to mind), such that many nations are pulling back their plans to end fossil fuel use and are scrambling to find cheaper, more reliable, and more available energy supplies before winter.

By contrast, in Biden’s United States, leaders just voted for hundreds of billions in new green energy subsidies (because these technologies are expensive and unwanted) and artificially higher prices for traditional fuels, and also to outlaw internal combustion engines and gas appliances. But a reckoning on these economy-killing mandates may be coming soon.

Signs that the scientific community may soon be ending its love affair with climate catastrophe policies come from, of all places, scientific commentaries on the brand-new Summary for Policymakers of the AR6 WGI report of the Intergovernmental Panel on Climate Change. NASA climate advisor Gavin Schmidt, for example, has criticized the IPCC models as unrealistic and not backed by data.

As Schmidt a year ago told Science magazine, “It’s become clear over the last year or so that we can’t avoid this admission …. You end up with numbers for even the near-term that are insanely scary—and wrong.” The new scenarios in the IPCC report of temperature rise of up to 5 degrees Celsius (5o C) from 1850 to 2100 are, for example, inconsistent with observed current warming of 0.15o C per decade, implying a further rise of 1.2o C by 2100. Thus, Net Zero (holding global temperature rise to 1.5o C by 2050) is likely even without the draconian green mandates.

Perhaps the Putin-enhanced energy and related agricultural crisis (as fossil fuels and manure are the basis for fertilizers that along with higher carbon dioxide levels increase crop yields) will wake up Europe and the West to the reality that the only real climate catastrophe is the policies of the carbon killers that threaten to push the entire world into economic collapse and needless fights over limited resources.

Maybe now the world is ready to listen to the 1,100-plus scientists and experts, led by Norwegian Nobel laureate Ivar Giaever, who signed onto the new Climate Intelligence (CLINTEL) statement that “there is no climate emergency.” The independent international foundation asserts that, ”Climate science has degenerated into a discussion based on beliefs, not on sound self-critical science.”

The just-released CLINTEL document states that natural as well as anthropogenic factors cause climate change, and everyone really knows that the Earth’s climate has varied as long as the planet has existed—with natural cold and warm phases.

Not only have IPCC-favored climate models exaggerated the effect of greenhouse gases (like carbon dioxide), they have also ignored the fact that enriching the atmosphere with CO2 has many benefits. The fact is that CO2 is essential for all life on Earth, and that additional CO2 in the atmosphere promotes growth in global plant biomass and increases crop yields worldwide.

Moreover, said the scientists and experts, there is no statistical evidence that warming global temperatures have intensified hurricanes, floods, droughts, and such-like natural disasters, nor that they have made them more frequent. However, there is ample evidence that CO2 ­mitigation measures are as damaging as they are costly.

The CLINTEL signatories therefore concluded that there is no cause for panic and alarm, or for policies that harm people by increasing the scarcity and cost of goods and services. Where changes in climate do create negative impacts, the panel says, adaptation—not mitigation—works far better to address localized problems.

The CLINTEL signatories’ message for beleaguered Europe, Africa, and even the United States (most Asian nations have ignored the climate catastrophists) is simple: Climate policy must respect scientific and economic realities—and the needs of people for affordable, reliable energy and other goods and services that can continue the worldwide march from poverty to plenty.

Should the world have needed the barbarism of Vladimir Putin to learn this simple message? Of course not.

But the iron grip of the power elites on the global economy and global policies had truly held the West in fear and African and other nations needing capital investment to bring 21st Century amenities to their increasing aware populations had been tightening until the leaders of the United States and Russia began tinkering with the energy and agricultural supply chains.

As for that Nobel Peace Prize, which once went to climate crony capitalist Al Gore, and once to the IPCC itself, maybe the Institute’s leaders need a dose of climate reality.