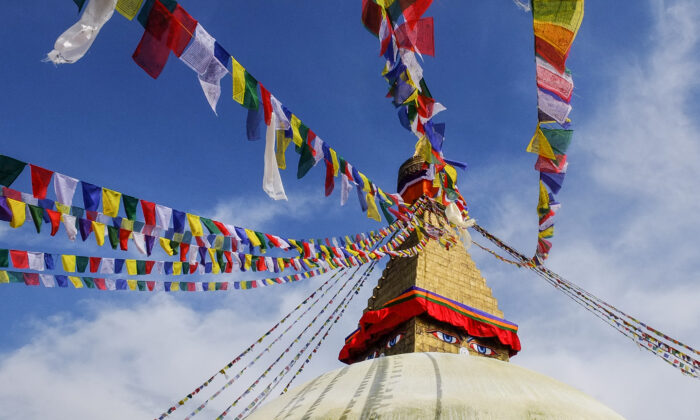 Nepal’s Decision to Ratify US Grant Should Be Respected by All Sides, Including China: Government Official

Nepal’s decision to ratify a $500 million American grant should be respected by all sides, a government official said Sunday, following China’s opposition to the project and pressure from political parties not to ratify the grant.

The Millennium Challenge Corporation (MCC), a U.S. government aid agency, made an agreement with Nepal’s government in 2017 to fund the country’s 187-mile electricity transmission line and road improvement project.

Washington said the aid does not need to be repaid, and it comes without conditions.

But major political parties were divided on concerns that it would undermine Nepal’s laws and sovereignty due to a lack of control over the projects, causing the agreement to be delayed.

Nepal’s Parliament eventually ratified the agreement on Feb. 27, with the government assuring that the MCC compact was not part of Washington’s Indo–Pacific strategy and served no military purpose.

Prakash Sharan Mahat, the Nepali Congress party’s spokesperson and former foreign minister, told WION that Nepal’s decision to ratify the MCC compact should be “respected by all sides,” including China, which had publicly expressed opposition to the project.

“I have heard some statements made by the spokesperson of the Chinese Foreign Ministry. But as far as Nepal is concerned, we want to conduct our bilateral relations with each of our allies based on mutual benefits and principles,” Mahat said.

“If there is a bilateral corporation between the U.S. and Nepal, we are capable of deciding what is best for Nepal. The same thing will be done with China; India too. So, we would like to see that is respected by all sides,” he added.

China had publicly commented on the MCC compact ahead of its ratification, saying that it opposes “coercive diplomacy,” referring to the Feb. 28 deadline set by Washington to ratify the aid.

Chinese Foreign Minister Wang Yi is scheduled to visit Nepal this month for negotiations, but Mahat claimed that the visit was “just a coincidence” after the MCC ratification.

“I am not exactly sure what [China’s delegations] have to say during the meet. As far as Nepal is concerned, it is basically about development corporation which is mutually beneficial to both countries. From our side, we will focus on national interest and necessities,” he said.

The Epoch Times has reached out to Nepal’s Foreign Affairs Ministry and Mahat for comment.

Nepal signed the Framework Agreement on the Belt and Road Initiative (BRI), a multi-billion-dollar infrastructure project led by China, in May 2017, four months before signing the MCC compact with the United States. But not a single project under the BRI has taken off in Nepal even after five years of the agreement.

Nepal initially identified 35 projects under the BRI, but China requested that Nepal prioritize the list and reduce it to a single number, resulting in nine confirmed projects. Negotiations on all of the nine projects have stalled since July 2019, The Kathmandu Post reported.