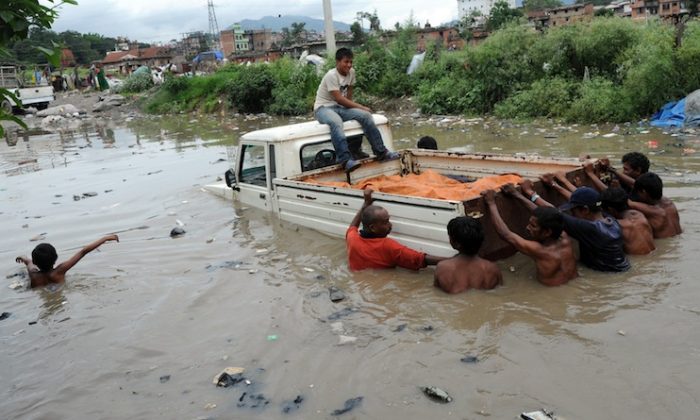 At least 17 people have been killed in Nepal after flash floods inundated the tourist spot of Pokhara in western Nepal near the Annapurna section of the Himalayas, it was reported. At least 47 people are missing.

“Altogether 17 dead bodies have been recovered from the accident site as rescue operations continued in the affected areas … where dozens of houses and vehicles were swept away,” Shailesh Thapa, a police superintendent, told The Hindu newspaper on Sunday.

Another police officer told the publication that authorities “have rescued eight people from the area, and five of them who sustained injuries have been admitted to the hospital.” He said those who were killed in the flash floods are locals, but two Ukrainian tourists have gone missing.

“The starting point of Seti River, which flows hundreds of feet beneath the ground across Pokhara Valley, was blocked a few days ago due to the landslide, and the water which got accumulated there suddenly flushed out after it got filled, causing a flash flood in the area,” the officer said.

Prime Minister Baburam Bhattarai flew to the affected areas on Sunday, saying that the rescue mission is a top priority. He announced that the victims’ families would get a relief package of 100,000 rupees ($1,160) from the government, the Kathmandu Post reported. Bhattarai said people who were rendered homeless in the floods would get 25,000 rupees ($290).