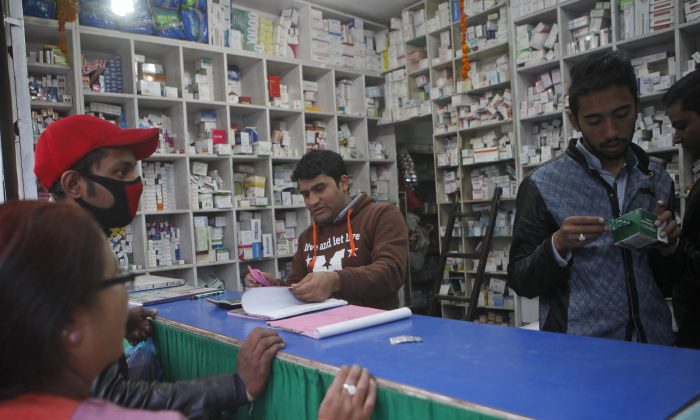 KATHMANDU, Nepal—Shortages of life-saving medicine because of political protests in Nepal that have blocked key roads could lead to a crisis, as hospitals have started to cut services, doctors said Thursday.

Hospitals are rescheduling surgeries by weeks, and patients are finding it difficult to get to medical facilities due to fuel shortages, said Dr. Mukti Ram Shrestha of the Nepal Medical Association, the umbrellas body of doctors in the country.

“If the situation of shortages continues, patients could start dying after two weeks,” Shrestha said.

Truckloads of medicine have been blocked at the main border crossing with India for the last few months by Nepal’s Madhesi ethnic protesters, he said, adding that Indian authorities were also not allowing the shipments across even at points where there are no protests.

The traditionally marginalized Madhesis have been protesting Nepal’s new constitution, demanding to be given greater autonomy over local matters. Talks between the protesters and the government have made little progress.

India, which has close cultural ties with the group, has restricted fuel and other goods to Nepal.

Nepal imports about 60 percent of its medicine from India. The remaining locally made drugs also get most of the raw material and packaging from India.

Most of the fuel comes from India, and the restriction has led to severe shortages in Nepal. Fuel rationing has led to buses and trucks cutting down services. People travel on rooftops and taxis charge four times the normal rate.

Besides the emergency medicines, patients with long-term illnesses including high blood pressure, diabetes, kidney and heart diseases, were also having difficulty finding medicine.

“I went to 12 shops before I found 30 pills of my blood pressure medicine. I was looking for medicine to cover all winter,” said Narendra Rajbansi, 60, standing next to the row of pharmacies near Bir Hospital. “I have problems when I don’t take medication for two days in a row. I don’t know what I am going to do if this situation continues.”

“We are running out of medicine in our store, and if this continues, we will surely face a crisis,” said Yuvraj K.C., who runs a pharmacy in Kathmandu.