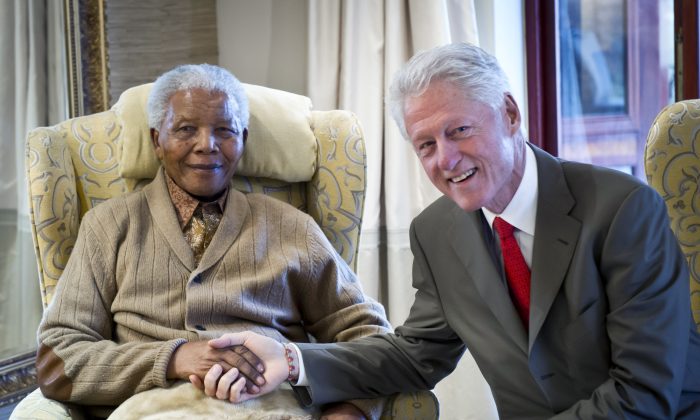 UPDATE: The office of the South African president said after reports claimed Nelson Mandela was released from the hospital that, in fact, Mandela is still in the hospital.

“The presidency has noted incorrect media reports that former president Nelson Mandela has been discharged from hospital,” Marc Maharaj, presidential spokesman, said in a statement.
“Madiba is still in hospital in Pretoria, and remains in a critical but stable condition. At times his condition becomes unstable, but he responds to medical interventions.”
——————————————–Original story below

Mandela, 95, has been in poor health and was struggling to survive in a Pretoria hospital while dealing with a recurring lung infection. He had been hospitalized for months.

He has returned to his home in Johannesburg on August 31, reported BBC.

The news is good and comes after at one point Mandela faced “impending death” while being kept alive by a breathing machine, according to court documents.

“He’s basically gone,” said Charlene Smith, an authorized biographer of the former anti-apartheid leader, in July. “He’s not there. He’s not there.”

Three days ago, current South African President Jacob Zuma said in a statement that Mandela was still receiving treatment and remained in “a critical but stable condition.”

A Presidential spokesperson told Jacaranda FM that that president’s office isn’t aware that Mandela is released, but Mandela’s daughter confirmed that he had been with Sky News.

Mandela was hospitalized on June 8. His poor health is said to stem from both the decades he spent in prison under the former apartheid government and the extensive traveling he did both before and during his presidency.