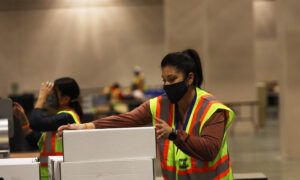 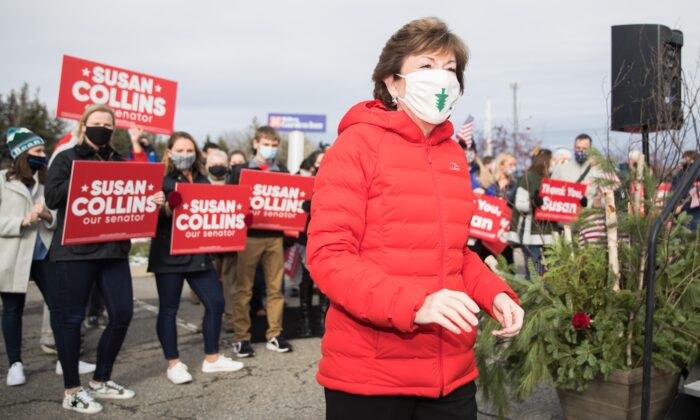 While many in both the Democratic and Republican camps hoped for a “blue wave” or a “red wave,” neither is to be found, unless the outstanding races sway overwhelmingly to one or the other party. Alternatively, given the projections of a historic turnout, whatever waves the parties have mustered may have canceled each other out.

The biggest surprise in the Senate races has been the tenacity of Sen. Susan Collins (R-Maine). Representing a left-leaning electorate, Collins split with her party on many occasions and was the most likely senator to co-sponsor bills with Democrats last year, according to FiveThirtyEight and The Lugar Center. Conservatives have criticized her for sometimes undermining the agenda of President Donald Trump, but her approach seems to have paid off as she’s more than 8 points ahead of Democrat Sara Gideon, the current Maine House speaker, with an estimated more than 98 percent of the vote counted.

Gideon conceded the race on Nov. 4.

Another surprise is the tight Senate race between Republican John James and Democrat incumbent Gary Peters in the Michigan. James, a former Army attack helicopter pilot, has trailed Peters in polls, but is currently neck-to-neck with him. About 3 percent of the vote remained to be counted on Nov. 4.

James ran in 2018 for the other Michigan Senate seat, but lost to the incumbent Democrat Debbie Stabenow by 6.5 points.

In Arizona, former astronaut and U.S. Navy Captain Mark Kelly leads by about 5 points in his challenge for the seat of Republican Sen. Martha McSally, who was appointed to complete the term of Sen. John McCain after his death in 2018. An estimated 16 percent of the vote remains to be counted, leaving room for a change in the result.

Sen. Thom Tillis (R-N.C.) still leads by 1.8 points against Cal Cunningham, a lawyer and former North Carolina state senator. Only around 3 percent of the vote remains to be counted.

Sen. David Perdue (R-Ga.) is 3.7 points ahead of Democrat Jon Ossoff, with only 5 percent of the vote uncounted.

Alaska’s Senate race favors incumbent Republican Dan Sullivan based on the current count, giving him a lead of more than 31 points. However, it’s far from over, since less than half of the votes have been counted. His opponent is Al Gross, an independent running on the Democratic ticket.

Republicans’ long-shot campaigns of Mark Ronchetti in New Mexico and Corky Messner in New Hampshire both failed. Ben Ray Lujan won the seat of retiring Sen. Tom Udall (D-N.M.) by some 5 points, while Sen. Jeanne Shaheen (D-N.H.) has defended her seat by a more than 13-point margin.

Much still remains to be decided in House races. As of press time, The Associated Press had called 371 races (of 435), with only nine of them flipping seats.

Retiring Reps. George Holding and Mark Walker, both Republicans from North Carolina, are projected to be replaced by Democrats Deborah Ross and Kathy Manning.

On the other hand, Republicans Carlos Gimenez and Maria Salazar are projected to take over two Democrat seats in Florida held now by Reps. Debbie Mucarsel-Powell and Donna Shalala.

In Michigan, retiring Rep. Justin Amash, who left the Republican Party to become a libertarian, is projected to be replaced by Republican Peter Meijer.

Update: The article has been updated with more recent election results in the Michigan Senate race.