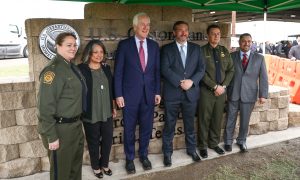 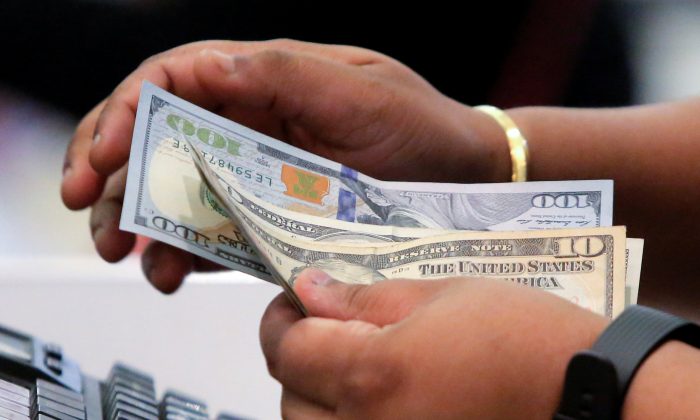 Neighbors ‘Pay It Forward’ After Texas Cashier’s Act of Kindness

A Texas man said that he watched, stunned, while a cashier let a woman “steal” several items from a local Walgreens.

“So, I’m walking up to pay for my goods,” said customer Karridy Askenasy, “and he’s apologizing, ‘I’m so sorry, sir, this lady’s running out to her car to get some money.’ I looked outside, and I’m like: ‘the lady that’s driving away?’” according to CBS Dallas.

Askenasy said the cashier, identified as Christian Griffan, then reached into his wallet.

“I’m like ‘you’re gonna pay for that? You shouldn’t pay for it… you’ve got cameras, get her plates and get her back here to pay for it!’ And he was like, ‘nah, she had formula,’” he recalled.

Askenasy said he was impressed by the man’s compassion before sharing it on social media. Neighbors then showed up to pay it forward for the cashier.

“Before I knew it, I had $200 and people coming to me to give me money,” he said. “What’s so cool is that I didn’t solicit it. I just wanted to give neighbors an opportunity to recognize this young man.”

Griffan then rang up a gift card that Askenasy was buying. “I slid it back to him and said ‘no, that’s yours—that’s from your neighbors, we appreciate you,’” Askenasy said.

“Are you for real? No man, really?” Askenasy recalled Griffin telling him.

“It took me a moment to convince him that it was his,” added Askenasy, “really nice to shake his hand.”

“Last week, I was at my neighborhood Walgreens in Keller, Texas, when I witnessed something pretty cool. I approached the counter to pay for my items, and the young man apologized that he couldn’t check me out, because he was waiting for the previous customer to get some money from her car. “That one? The one driving away?”, I asked. He looked disappointed. But then quickly pulled out his wallet and swiped his own debit card to pay for the balance of her purchase. I reminded him that they had cameras in the parking lot, and that he should give her plates to the police. He didn’t seem to want to, telling me, “She was buying formula”. It was only $6 or so, but I found his decision and example of character to be priceless.

I immediately shared this story with my neighbors on Nextdoor, to recognize this young man, and to also see if anybody knew the woman and might encourage her to return and compensate him. Nobody knew her, but that didn’t stop two people from our community from stopping by, unprompted, to each reimburse him six dollars.

I returned today, for the first time since the incident, and was glad to see him working the register, helping customers in his typically friendly fashion. I was buying a gift card, and asked him if I could pay part cash, and part debit card. “No problem, man”. As he rang up my purchase, he smiled and told me about the random acts of kindness that he received from the two strangers, and how cool he thought it was that people cared and took the time to do that.

I admitted to him that I had posted about him on Nextdoor, which is what brought him to the attention of my thoughtful neighbors. I then went on to explain that those two weren’t the only ones who were impressed by him.

“I had many more neighbors reaching out to me, wanting to see if they could contribute. Before I knew it, I had $200 in cash from your neighborhood customers, who wanted to thank you”.

His eyes widened as I slid the gift card back across the counter and said, “Sir, That is yours. It’s from the neighborhood. We appreciate you.”, and shook his hand as he continued to process what I was saying.

Hearing him talk about his appreciation for the small things made it so much sweeter to follow it up with the larger, neighborhood gift. It has been really uplifting to see what generous and caring people I am blessed to be surrounded by.

BIG THANKS to all of the folks that contributed to making this young man’s day. And mine.”