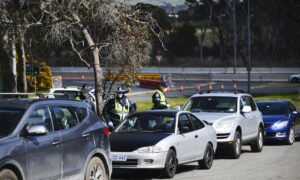 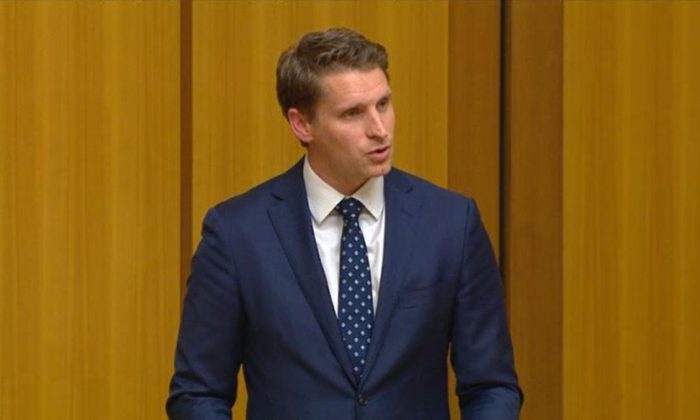 In an interview with Sky News on Aug. 16, Hastie stressed that his opposition to the policy was a matter of principle, rejecting suggestions that it was aimed at calling into question Prime Minister Malcolm Turnbull’s leadership, as had been reported in local media.

Hastie said the planned legislation under the NEG for a 26 percent reduction in CO2 emissions to meet targets agreed to under the Paris Climate agreement would “undermine our economic sovereignty.”

“I think sovereignty is back in a big way,” he said.

“Weak nations get trampled on, so we need to stay strong. And that’s I think why we need maximum flexibility when it comes to energy policy, which is a central of national power.”

Hastie pointed to the growing CO2 emissions by major countries in our region.

“Why would we hurt ourselves economically when no-one else is? So, that’s my economic sovereignty case.”

The MP also said he did not think the NEG would bring about cheaper power prices for consumers, challenging the modelling that projected a $550 a year saving on household power bills under the policy.

He said families and seniors should be able to pay for power without sacrificing their standard of living, and was sceptical of the NEG’s ability to deliver lower prices given that renewables are forecast to increase from the current 17 percent to 36 percent of the energy generation by 2030.

Australian industry and our manufacturing sector would also be impacted if cheap and reliable energy could not be delivered, Hastie said.

“We have bountiful reserves of coal, gas, uranium. We are an energy superpower,” he said.

“But for some reason, we have the highest prices in the world.”

Prime Minister Turnbull, in a bid to placate rebel MPs, has promised to ensure that the “Big Three” energy companies won’t deliberately inflate power prices, The Australian reported on Aug. 17.

The measures aimed at ensuring low prices for consumers will also include a review of the bidding process in the wholesale market and what has been the use of secret contracts between businesses, the paper reported.

This move, however, may not be enough to shore up support from some Coalition MPs who oppose legislating the 26 percent Paris agreement target.

Ten coalition MPs have reserved their right to cross the floor to vote against the NEG. Queensland Liberal MP George Christensen confirmed to the paper that he would cross the floor if the Paris target was not removed from the legislation. Tony Abbott has also indicated he would not vote for the NEG in its current form.

The NEG legislation is currently slated to be introduced to parliament next week.