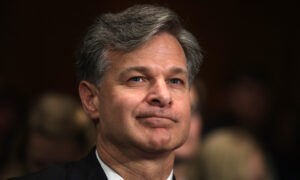 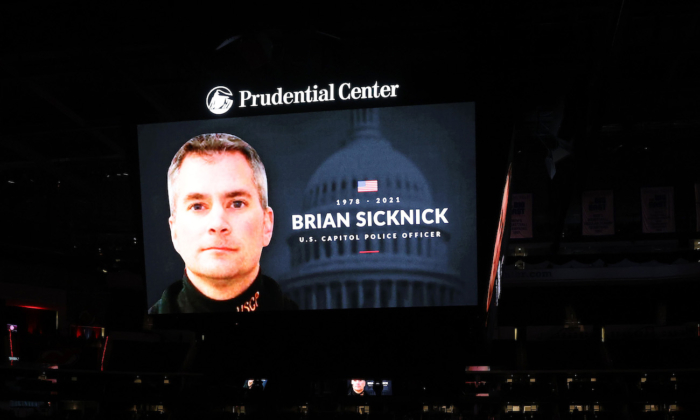 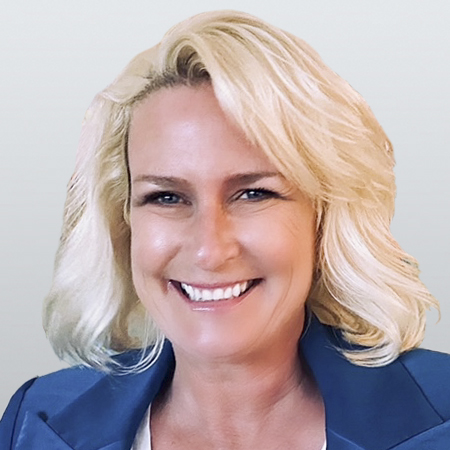 The untimely death of Capitol Police officer Brian Sicknick has been a central rallying cry to fuel anger and outrage about the so-called Trump-inspired insurrection on Jan. 6.

Just as the pepper spray clouds dissipated from the Capitol grounds the next day, Sicknick’s employer issued a shocking statement.

“At approximately 9:30 p.m. this evening, United States Capitol Police Officer Brian D. Sicknick passed away due to injuries sustained while on-duty,” the Capitol Police said in a press release hours after his death on Jan. 7. “Officer Sicknick was responding to the riots … and was injured while physically engaging with protesters. He returned to his division office and collapsed. He was taken to a local hospital where he succumbed to his injuries.”

The story took a horrifying twist after The New York Times reported that Sicknick, 42, had been bludgeoned to death by Trump supporters. The 12-year veteran of the force was “struck … in the head with a fire extinguisher,” the Times claimed in a Jan. 8 article. “With a bloody gash in his head, Mr. Sicknick was rushed to the hospital and placed on life support.” The news was attributed to two anonymous law enforcement officials.

The entire media, Democrats, and plenty of Republicans dutifully echoed the narrative; despite no video evidence or firsthand confirmation that Sicknick had been murdered in such a vicious way, millions of Americans instantly accepted the account as truth.

It led to a series of useful optics for the anti-Trump flanks on both sides of the political aisle. A somber procession of police vehicles shut down parts of the nation’s capital on Jan. 10 to honor the officer. At the invitation of House Speaker Nancy Pelosi (D-Calif.) and Senate Majority Leader Chuck Schumer (D-N.Y.), Sicknick’s family attended a rare Capitol memorial service on Feb. 3, the weekend before Trump’s second impeachment trial began. President Joe Biden and his wife, as well as Republican and Democratic congressional leaders, attended the service as Sicknick’s remains lay in honor in the Rotunda. In another ceremony, his remains were transported and buried at Arlington National Cemetery.

His death was used as fodder for Trump’s trial.

“The insurrectionists killed a Capitol Police officer by striking him in the head with a fire extinguisher,” House Democratic impeachment managers alleged in the official memo (pdf) laying out the evidence against the former president.

But on Feb. 12, the NY Times posted what the paper called an “update” to its Jan. 8 article. The fire extinguisher attack, the paper of record admitted, wasn’t true: “Law enforcement officials initially said Mr. Sicknick was struck with a fire extinguisher, but weeks later, police sources and investigators were at odds over whether he was hit. Medical experts have said he did not die of blunt force trauma, according to one law enforcement official.”

The retraction was a stunning confession by one of the influential news organizations in the country. In a fair world, the fabricated story would have resulted in public apologies from the editors and recriminations from other media outlets that repeatedly regurgitated the fire extinguisher tale as truth. Lawmakers duped by the falsehood would be calling for heads to roll, and Democrats would have been forced to remove any reference to the killing from official government records and impeachment trial presentations.

That, of course, didn’t happen. The extinguisher attack was quickly memory-holed, and the narrative shifted to the idea that Sicknick died after suffering a reaction to bear spray. Federal authorities “zeroed in on a suspect seen on video appearing to spray a chemical substance on the officer before he later collapsed and died,” The Associated Press reported Feb. 27. Two men were arrested in March, charged with using the spray against Sicknick and other officers; they’ve been behind bars ever since.

Unpunished for seeding the lie about the fire extinguisher attack, the NY Times produced an elaborate video showing how Sicknick was sprayed and suggested the chemical caused his death. The paper said if the assailants were responsible, they could face murder charges. A D.C. grand jury quickly indicted (pdf) the men on 10 counts, including three weapons charges and for causing “significant bodily injury.”

But, as The Epoch Times and other news outlets confirmed last week, Brian Sicknick didn’t die at the hands of blood-thirsty insurrectionists from a fire extinguisher attack. He didn’t die from a reaction to bear spray. After intentionally delaying the release of autopsy results for months—a spokeswoman for the D.C. Medical Examiner’s Office told me via email earlier this month that Sicknick’s case was “complex”—the coroner concluded that Sicknick died of a stroke caused by blood clots at his brain stem.

Desperate to help Democrats and the news media hang on to the collapsing narrative, the coroner’s press release nonetheless insisted that “an unprecedented incident of civil insurrection at the United States Capitol resulted in the deaths of five individuals.” The same office confirmed earlier this month that two men died of heart failure, while a woman died of a drug overdose; the only person killed on Jan. 6 was Ashli Babbitt, a Trump supporter, by a still-unidentified police officer.

The exploitation of officer Sicknick’s death is one of the most reprehensible examples of the left’s psychosis in recent memory. The media and the Democratic Party have no boundaries when it comes to weaponizing human tragedy for political purposes. Even after they’re caught red-handed, no apologies are offered. They’re utterly shameless, blinded by a depraved thirst to exact revenge on Trump and anyone in his orbit.

And despite the truth, tens of millions of Americans who share this unreasonable contempt toward Trump and their fellow countrymen will continue to perpetuate the lie about what happened to Sicknick. They, too, will leverage his tragic death in order to portray Trump supporters as blood-thirsty cop killers. No amount of facts will ever dissuade them from acknowledging the reality or accept how they’ve been used as unwitting—witting?—dupes in the left’s nonstop siege against the right.

Julie Kelly is a political commentator and senior contributor to American Greatness. She is the author of “Disloyal Opposition: How the NeverTrump Right Tried―and Failed―to Take Down the President.”