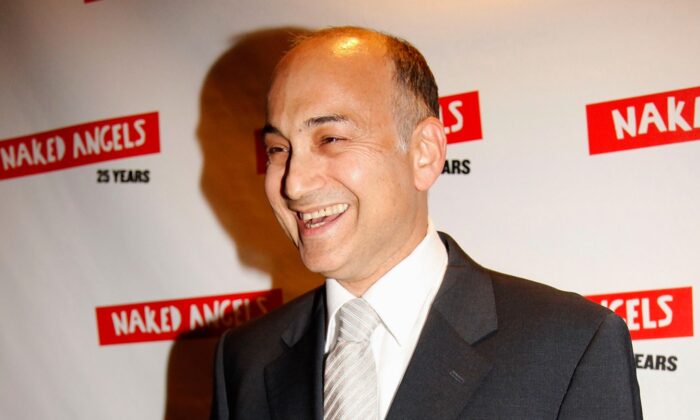 Ned Eisenberg, an American actor best known for his long-running recurring role on “Law & Order: SVU,” died at his home in New York on Feb. 27, a family member has said. He was 65.

Eisenberg had been fighting two types of cancer over the past two years, Patricia Dunnock, the actor’s wife, said in a statement to TMZ on Monday, also confirming the death of her husband.

“As Ned would say, he was attacked by two very rare assassins—cholangiocarcinoma and ocular melanoma,” Dunnock said. “Over the course of two years, he bravely fought the cancers in private while continuing to work in show business to ensure that his medical coverage paid for himself and his family.”

Born on Jan. 13, 1957, Eisenberg was raised in the Bronx and graduated from Riverdale Junior High School in 1972. He later studied acting at Fiorello H. LaGuardia High School of Music & Art and Performing Arts.

The prolific character actor is best known for his work in “Law & Order: SVU,” where he played the high-priced attorney Roger Kressler. He also appeared in the initial “Law & Order” run, where he portrayed the Manhattan-based defense lawyer James Granick.

Eisenberg also appeared in a number of big movies including “Last Man Standing” with Bruce Willis, Woody Allen’s “Celebrity,” “The Exterminator,” and “The Good Wife”—to name a few.

He also made a name for himself on the Broadway play “Brighton Beach Memoirs” and guest-starred on a number of 1980 TV series, including the American drama “Miami Vice.”

Eisenberg is survived by his wife and son.