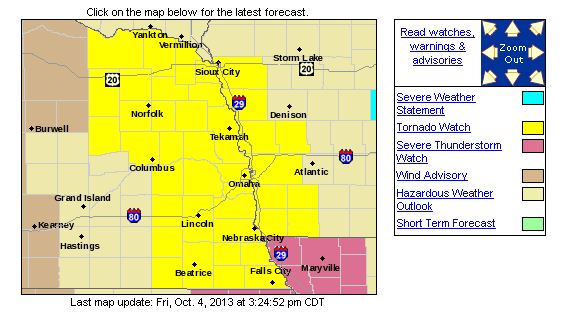 Norfolk, Columbus, and Falls City are also among the cities under the watch, which comes a day after a tornado touched down near Bennet and Palmyra

The National Weather Service issued the watch on Friday afternoon and said it is in effect until 10 p.m. CDT.

“First storms trying to go from Columbus to Albion in NE,” it said via Twitter.

The following counties are included in the watch: