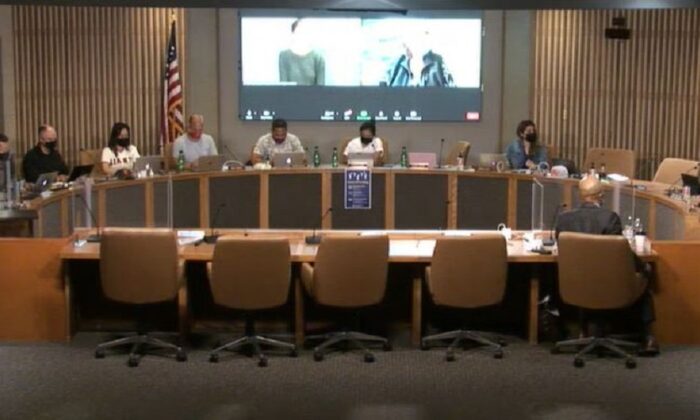 Three members of San Francisco’s Board of Education will officially face a recall early next year after the city’s Department of Election certified the petitions against them.

Backers argue the board focused on the wrong priorities during the COVID-19 pandemic.

“The school board has lost its focus on education and spent the last one-and-a-half years essentially ignoring its duty to our children,” Shiv Raj, an organizer of the effort, told The Epoch Times.

Instead of working to get children back into school for in-person learning, members have spent time and energy “doing symbolic, gimmicky stuff” like renaming schools and filing lawsuits, he added.

San Francisco board members have been heavily criticized for moving slowly on school reopenings, even though children are at low risk from COVID-19 and learning remotely has been linked with steep learning loss.

The battle over reopening led to the city suing the board earlier this year in an attempt to speed up the process.

Schools finally reopened for in-person instruction in August after 17 months.

The board has seven members but regulations prevent recall efforts at this time against the other four members, Raj said. Recalls against them could be pursued down the road.

Voters will decide whether to remove Lopez, Moliga, and Collins on Feb. 15, 2022. Paid arguments for each side, which will eventually be given to voters in an information guide, can be submitted through Nov. 29.

As organizers try to convince residents to recall the trio, they’re also working on screening possible replacements for any of the members who are removed. San Francisco Mayor London Breed, a Democrat, would get to name successors if voters recall the members.

Moliga told The Epoch Times via email that the effort to recall him “is motivated by politics, not education policy.”

“This election process will bring those motives to light, and I am looking forward to that discussion,” he said.

Lopez wrote on Twitter that she feels the money spent on a recall will be wasted since a general election is already scheduled for November 2022.

“We as a society must stop the weaponization of these outrageous recalls and push back on similar right ring tactics we are seeing across the country,” she said.

Collins, meanwhile, shared a statement from the United Educators of San Francisco union that said any successful ousters would ultimately mean “mayoral control” of the board, which would make it harder for families and educators.

Recall efforts have been picking up steam in California since the campaign to recall Gov. Gavin Newsom proved successful in drumming up statewide interest, though the final vote count left Newsom in place.