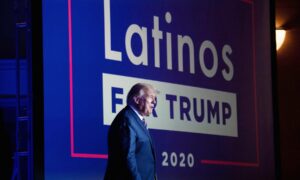 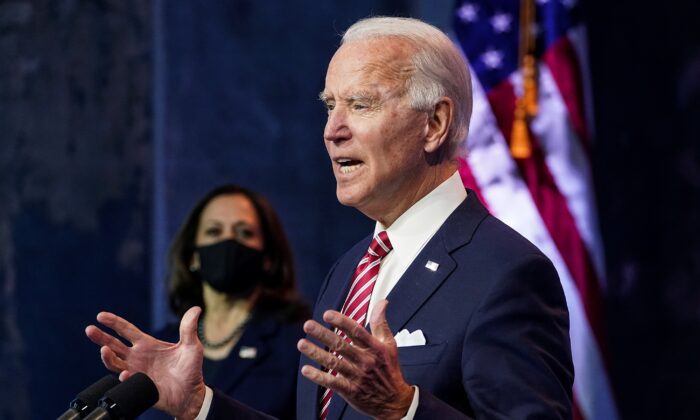 Almost 10 Percent of Biden Voters in Key States Wouldn’t Have Voted for Him Had They Known About Hunter Biden Dealings: Survey

A segment of voters in seven battleground states who backed former Vice President Joe Biden said they wouldn’t have voted for him had they known about major stories that were ignored by the national news media, according to a survey made public on Nov. 24.

Knowing about allegations involving Biden’s son Hunter’s dealings with officials and firms in China, Ukraine, and Russia would have prompted 9.4 percent of those surveyed to change their vote, according to the survey (pdf) of 1,750 Biden voters in Nevada, Georgia, Wisconsin, Pennsylvania, Wisconsin, Arizona, and Michigan.

Had voters known about sexual assault allegations raised against Biden by a former Senate aide, 8.9 percent of the respondents would have changed their vote, according to the survey, which was conducted by The Polling Co. and has a plus or minus 2.6 percentage point margin of error.

“The national news media stole this election, as far as I’m concerned, they deliberately stole it from President Trump,” Media Research Center President Brent Bozell said at a news conference in releasing the survey results. “It is absolutely unequivocal, it cost Donald Trump the election.”

Bozell said the purpose of the survey was to determine if media bias against President Donald Trump and for Biden affected the Nov. 3 election in the most important states. Bozell’s organization has documented media bias for more than 30 years.

Subtracting the votes of respondents who said they would have changed their decision from Biden’s total in the seven states would have pushed Trump to 311 electoral votes, more than enough to reelect him, according to the survey.

The eight major stories that were censored by the national media, according to Bozell, included these:

Each survey respondent was asked about each story, was then given specific details about them, and asked if the new information would have changed how they voted in the presidential race.

From one-third to more than one-half of the Biden voters said they hadn’t heard about at least one of the eight stories prior to the Nov. 3 election, with, for example, 25.3 percent claiming no knowledge of Harris’s Senate voting record and 50.5 percent who were unaware the United States had achieved energy independence under Trump.

Almost half, 45.1 percent of the respondents, said they heard or read nothing reported in the national media about the Hunter Biden scandal prior to Nov. 3 and 35.4 percent didn’t know about Reade’s accusations against the former vice president.

Biden’s son, Hunter, has no experience in the energy industry but was paid more than $50,000 a month in consulting fees by a Ukrainian energy firm while his father oversaw U.S. policy toward the Eastern European nation.

In addition, a firm in which Hunter Biden was a principal received a $1.5 billion investment from a bank controlled by the Chinese Communist Party.

Reade was an aide to Biden when he was in the U.S. Senate during the 1990s. She said in 2019 that Biden forced himself on her sexually while she worked on his staff.

Both Bidens have denied any wrongdoing.

The results of the survey are likely to fuel the post-election controversy over allegations of vote fraud and manipulation that benefitted Biden in the seven states.

Trump is challenging the results in several of the states and has vowed that he and his legal team “are moving full speed ahead. Will never concede to fake ballots & ‘Dominion.’”

The president was referring to hundreds of thousands of questionable mail-in ballots, and to allegations by attorney Sidney Powell that computer software produced by Dominion Voting Systems and used in 27 states was designed to be able to change vote totals.