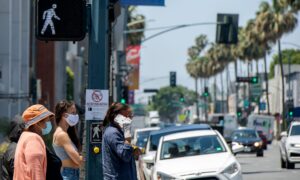 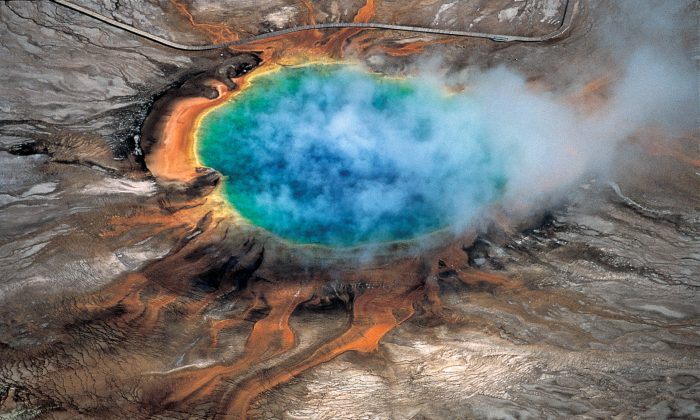 (Robert B. Smith via AP)
US News

Nearly a dozen small earthquakes shook Yellowstone National Park over a 24-hour period on Friday, according to the U.S. Geological Survey (USGS).

The tremors ranged from 1.6 to 3.1 magnitude on the Richter scale, the agency said on its “latest earthquakes” page. The Idaho Statesman reported that around 34 quakes have occurred in the area, which is located in Wyoming and Montana, over the past month.

Yellowstone is among the most seismically active areas of the United States, and between 700 and 3,000 tremors are recorded per year, according to the park’s website. It is expected to reopen on Monday after it was shuttered due to the CCP (Chinese Communist Party) virus.

Yellowstone is also known for the supervolcano, which is between 34 to 45 miles across and about 3 miles below the surface in some areas. The Yellowstone Volcano Observatory said the volcano is currently “green,” or “normal.”

The USGS notes that the odds of the volcano erupting, which would cause cataclysmic destruction, are one in 730,000.

However, in recent years, there have been a number of misleading reports published about the supervolcano, prompting scientists to issue statements saying it is not slated to erupt soon.

The Yellowstone Park website notes that earthquakes there typically occur in swarms.

“This phenomenon is related to transport of volcanic fluids along the many small fractures in the shallow rocks over the magma, a pattern that has been noted in volcanoes around the world,” it says.

In 2018, 200 earthquakes occurred in 10 days at Yellowstone. Researchers at the time said the ground in the area was “under strain.”

“The current and past earthquake swarms reflect the geology of the region, which contains numerous faults, as well as fluids that are constantly in motion beneath the surface,” researchers said.