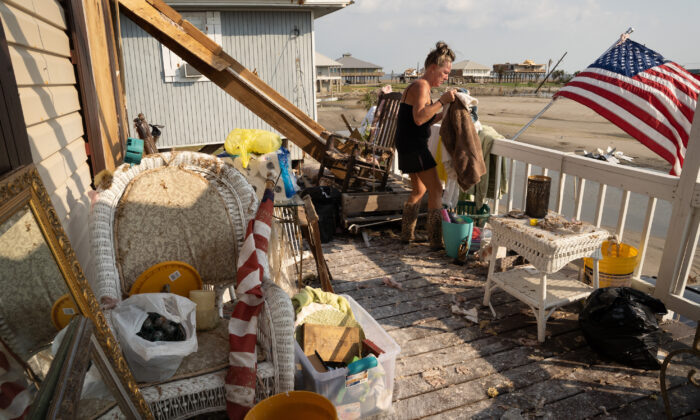 Close to half a million households and businesses in U.S. Southern states remained without power in the fallout of Hurricane Ida on Monday, as new flash warnings were issued due to slow-moving rain and drenching thunderstorms.

According to PowerOutage.us, roughly 456,000 power outages in Louisiana were reported as of late Monday, while 13,500 households and businesses were without power in Texas, 1,500 in Arkansas, and 1,400 were still suffering power outages in Mississippi.

Meanwhile, the National Weather Service had issued a flash flood watch for southeastern Louisiana and parts of Mississippi early on Monday.

The region was facing the threat of thunderstorms, “locally heavy rains, isolated flash flooding, and the risk of severe weather from the Upper Mississippi Valley through the Great Lakes from Monday night into Tuesday,” the NWS said in an update.

NWS meteorologist Lara Pagano warned that storms capable of producing two to three inches of rain “in a pretty short period of time” were saturating New Orleans and other parts of Louisiana and Mississippi, and were expected to continue into the evening.

The states are struggling to recover after more than a week since Ida, one of the most powerful hurricanes ever to strike the U.S. Gulf Coast, tore a devastating path of destruction and crippled the New Orleans power grid. The storm claimed at least 13 lives in Louisiana.

The NWS urged motorists in areas with flash flood warnings in place not to attempt to drive around barricades or drive cars through flooded areas. Vehicles should turn around, the guidance states, noting that most flood deaths occur in vehicles.

President Joe Biden has approved disaster declarations for Louisiana, which he visited on Friday, as well as for New York and New Jersey, where he will travel on Tuesday to assess damage from Ida. The declarations qualify the states for federal assistance for repairs and rebuilding after the intense flooding that also killed dozens in the Northeast.

Another large storm, Hurricane Larry, churned on Monday about 715 miles off the Northern Leeward Islands.

Predicted to remain out to sea in the Atlantic Ocean, Larry is expected to cause “significant swells” along the U.S. East Coast from midweek until the weekend, NWS’s Pagano said.

“These swells will likely cause life-threatening surf and rip-conditions so beach-goers are urged to follow the guidance of lifeguards and local officials,” Pagano said.