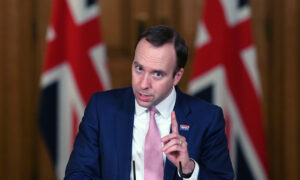 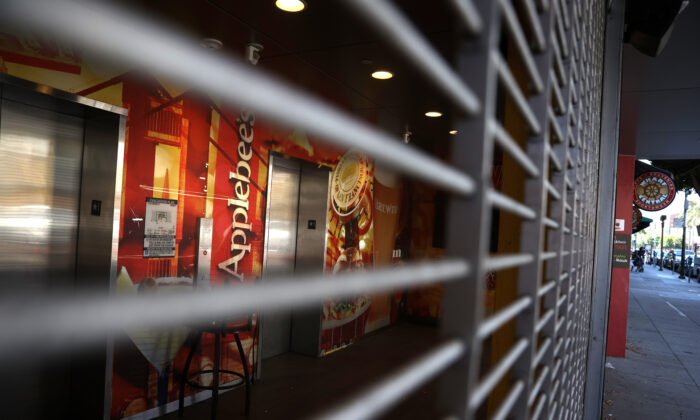 Nearly 50,000 scientists and medical practitioners from around the world have signed a petition against lockdown measures put in place to curb the spread of COVID-19, the disease caused by the CCP (Chinese Communist Party) virus, saying that they are causing “irreparable damage.”

As of Nov. 20, at least 35,236 medical practitioners and 12,115 medical and public health scientists have joined more than 638,920 members of the general public in signing the petition, which was created on Oct. 4 and co-authored by Harvard professor of medicine Dr. Martin Kulldorff, Oxford professor Dr. Sunetra Gupta, and Stanford Medical School professor Dr. Jay Bhattacharya.

The petition requires signatories to provide their full name, city, country, zip or postal code, and email, as well as declare if they are signing as a citizen, medical practitioner, or a medical or health scientist.  Some media have raised questions about the validity of some of the signatures, saying they have spotted some using fake names on the petition. The Epoch Times could not verify the status of all the signatories. The petition website now says the list of signatories will be made available once it has been verified and approved.

“As infectious disease epidemiologists and public health scientists, we have grave concerns about the damaging physical and mental health impacts of the prevailing COVID-19 policies, and recommend an approach we call Focused Protection,” reads the petition, which is titled the Great Barrington Declaration, after the Massachusetts town where it was first signed.

The petition calls for an end to current lockdown policies, saying that they are producing “devastating effects” on short- and long-term public health.

Some of these devastating effects, the doctors write, include lower childhood vaccination rates, worsening cardiovascular disease outcomes, fewer cancer screenings, and deteriorating mental health. They argue that this will, in the future, lead to greater excess mortality, with the working class and younger generation “carrying the heaviest burden.”

“Keeping students out of school is a grave injustice,” the doctors write. “Keeping these measures in place until a vaccine is available will cause irreparable damage, with the underprivileged disproportionately harmed.”

They instead insist on an approach that instead focuses on protecting the most vulnerable, while working toward achieving so-called herd immunity, which they describe as “Focused Protection.” Herd immunity refers to when a population becomes immune to an infectious disease, which the doctors say will eventually be reached for all populations, and can be assisted by, but is not dependent upon, a vaccine.

“The most compassionate approach that balances the risks and benefits of reaching herd immunity is to allow those who are at minimal risk of death to live their lives normally to build up immunity to the virus through natural infection, while better protecting those who are at highest risk,” the declaration states.

“Those who are not vulnerable should immediately be allowed to resume life as normal.”

But young, low-risk adults should be allowed to work normally, rather than from home; schools should be opened for in-person teaching; and extracurricular activities such as sports should be resumed.

Vice President Mike Pence said Thursday during a White House Coronavirus Task Force briefing that a national lockdown is “not necessary” to stem the recent surge in infections in the United States.

Pence expressed confidence in the nation’s ability to curb the transmission of COVID-19, saying that the United States “has never been more prepared to combat this virus than we are today.”

In the first task force briefing since July, the vice president spoke encouragingly about the country’s process of vaccine development.

On Wednesday Health and Human Services Secretary Alex Azar said optimism exists for two safe and effective vaccines from pharmaceutical companies Pfizer and Moderna that may be authorized by the Food and Drug Administration (FDA) within a few weeks.

Health Secretary: Science and Data ‘Do Not Support’ Lockdown

Meanwhile, Gen. Gustave Perna, chief operating officer of the Trump administration’s Operation Warp Speed, said Wednesday that every state across the country will have access to some doses of a CCP virus vaccine within 24 hours of proper authorization.

“Every American can be proud of the fact that we have a plan in place,” Pence said. “Help is on the way. We have every confidence that in a short period of time, we could have one or more safe and effective vaccines for the American people … I believe the day is coming soon when we’ll put this coronavirus in the past,” the vice president said.