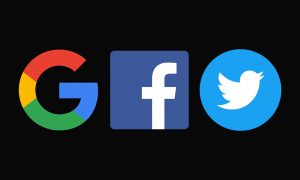 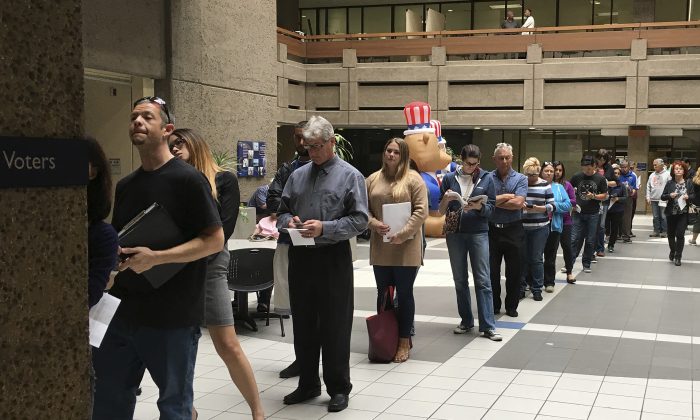 A nonpartisan group has reported that there are still several counties in California where the number of registered voters is greater than the number of eligible citizens, with the total nearing 1 million people.

The Election Integrity Project California (EIPCa) stated in a release on July 8 (pdf) that if voter problems are not promptly addressed by state officials, fraudulent election activities may continue to haunt the state.

Using the state’s own data on active and inactive status registrants, the organization found that eight counties have not cleaned up their inactive registrant lists, despite a 2018 legal settlement that requires California counties to properly maintain their voter rolls and remove inactive voters according to federal law.

According to EIPCa, there are currently 991,411 people registered who are ineligible to vote. This is an increase of 63,376 from the group’s 2017 report, which found 928,035 ineligibles registered to vote.

As the number of names with inactive status continues to grow, the organization noted that these excess registrants open up the doors to fraud.

Voter registration rates that exceed the eligible population range from 103% in Ventura, San Benito, and Plumas counties to 115% in San Diego. Other counties include San Mateo at 104%, Solano and Santa Cruz at 107%, and Los Angeles at 109%.

Just months ago, the state’s Department of Motor Vehicles (DMV) acknowledged making 105,000 registration errors, with at least one noncitizen claiming the DMV improperly added him to the voter rolls.

In an interview with The Epoch Times, EIPCa Chief Analyst Ellen Swensen confirmed that the DMV’s practices still need improvement, although the EIPCa doesn’t have a way of finding out who is or isn’t a citizen by just looking at their voter registrations.

In addition to the errors made by the DMV, she said, people who are ineligible to vote might also be getting registration forms from people who are paid to register voters and who might be unaware of the law.

“This can harm [immigrants’] future chances of gaining citizenship, so it’s important that non-citizens become educated about this,” she said. Furthermore, there are “thousands of duplicated [and ineligible] registrations” that can be used during elections “with or without the person’s knowledge.”

Recently, nine people were accused of offering cash or cigarettes in exchange for forged signatures on voter registration forms and petitions in Los Angeles. Prosecutors claim the group was active during the 2016 and 2018 election cycles, targeting the homeless to help them register fictitious persons.

EIPCa says this type of abuse may have been enabled by the state’s voting laws.

“Because California does not require an ID for a person to vote, and because some counties include the names of inactive registrants on their publicly-displayed Election Day rosters, anyone can claim to be the inactive registrant and receive a ballot,” Swensen said.

“All that is required is an oath (verbal or signed) that they are who they say they are.”

Swensen said officials need to do more to fix this problem.

“This would allow all registrants to update their information and would, for those who have moved, died, etc., begin the lawful [process of inactivation and cancellation]. This would go a long way to reduce the almost 1 million ineligibles currently on CA’s list.”

In early 2019, the Sacramento Bee reported that Secretary of State Alex Padilla’s office was investigating whether noncitizens had voted in the June 2018 primary. At the time, Padilla admitted that voters were losing their trust in the system due to registration errors, echoing others such as State Sen. John Moorlach (R-Costa Mesa), who said that despite his “high level of confidence in California’s election systems,” he knew that the state should “do more to assure the voters that the system doesn’t have holes in it and that the boat isn’t leaking.”

Meanwhile, in November 2018, San Francisco became the largest city in the United State to give noncitizens the chance to vote in a local election. While the city’s move did not impact any election in the state or federal levels, some believe that the trend could spread to the rest of the state, and errors could continue to occur.

“Noncitizen voting is a very contentious issue,” said Robin Hvidston, executive director of We the People Rising, a Claremont organization that lobbies for stricter immigration enforcement, at the time, according to the Los Angeles Times. “The move to extend voting rights to those illegally residing in San Francisco has the potential to backfire among citizens with a moderate stance on illegal immigration.”

An earlier version of this article incorrectly stated that EIPCa found an increase of 928,035 ineligible voters over the group’s 2017 report. The Epoch Times regrets this error.