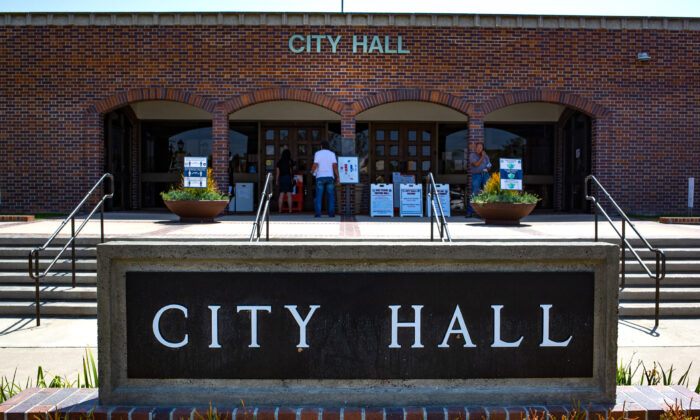 Following mounting pressure from residents to address Westminster’s impending bankruptcy, city councilors finally decided to put a proposal to extend the city’s 1 percent sales tax—which has been deeply disputed on the dais over the last two years—on the November ballot.

The 4–1 approval vote—with Councilman Tai Do abstaining—came last minute on Aug. 12, the deadline for new measures to appear on the ballot.

If voters approve Measure SS to renew the sales tax, which was originally set to expire at the end of this year, it will be extended for another 20 years.

According to official estimates, the sales tax has brought in $81.5 million since 2016. The city is expected to declare bankruptcy by 2024 without the tax revenue.

The city’s annual deficit is expected to be up to $5 million by the end of the year, according to Councilwoman Kimberly Ho.

The financial woes are likely to result in a 33 percent cut to the city’s police force, lack of maintenance for basic infrastructure within certain districts, reduction of city staff, and removal of youth and elderly services, among other issues, according to city staff.

Many residents were concerned that some councilors had been swaying or reluctant to vote on the matter earlier this year.

“[The councilors’] failure to act has literally been leading our city to crumble to the ground,” Sheila Grimes, a city resident, told The Epoch Times after the council’s approval vote. “There’s no other way to get that kind of revenue … At least we can finally vote on it ourselves.”

Two days before the approval vote, the council came to a stalemate at a special meeting, where only Ho and Councilman Carlos Manzo voted in support when four out of the five votes are required to put the measure on the ballot.

“If we don’t get this done, pretty soon there won’t even be [a measure] to vote for,” a resident told the council at the meeting, referring to the possibility for the city to collapse financially without the sales tax.

Mayor Tai Ta later said he voted in 2016 for the tax to be a temporary solution but now changed his mind after hearing from residents. Ta is currently running for the state Assembly.

Though the matter is now up to the voters, a 2021 poll conducted by a local political consulting group found that over 70 percent of residents were in favor of renewing the sales tax, up from 60 percent in 2020.