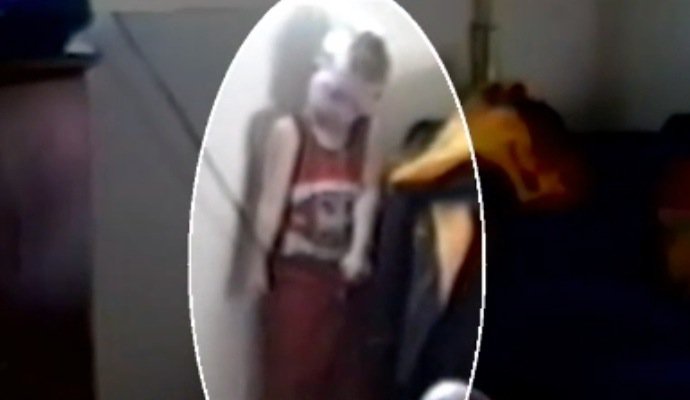 This homemade video is terrifying, but there’s a happy ending.

It shows toddler Gavin Walla silently strangling at the end of a looped window blind cord that he was playing with in the living room.

In the video, his mother, Nicky Walla of Chippewa Falls, Wisconsin, sees what’s happening, screams, and then rushes in to save her son. The boy had accidentally wrapped the cord around his neck and was choking silently until he was blue in the face.

“I somehow got Gavin off the window blinds, but I don’t actually remember lifting him off,” his mother said. “We were the lucky ones. If you can call it that,” husband Nate Walla said.

The footage was shot more than a decade ago. Now 17, Walla is calling on parents everywhere to watch the video of his near-death experience.

“I’m glad that it’s out there,” Walla told ABC News. “It saved the lives of other children that have been fortunate enough to have parents who have seen the video.”

About three decades ago, the government first identified window blind cords as a hidden danger. Hundreds of children have been killed or injured by the cords. The Consumer Product Safety Commission (CPSC) estimates that since Walla’s video was released, more than 100 children have died in similar window blind cord accidents.

Even though the industry claims voluntary manufacturing standards and educational programs have been enough to reduce the death toll. But the CPSC has said it might not be enough.

Last year, the CPSC voted to start the rulemaking process that may eventually lead to mandatory safety standards for new window coverings.

“Keeping children from being strangled to death is first and foremost for me when it comes to window covering cords,” said CPSC Chairman Elliot Kaye in a statement at the time. “No matter the final approach—whether it is a comprehensive federal standard or a vastly improved voluntary standard—I feel the urgency to having this hazard addressed, so families with young children and businesses can have confidence in the safety of these products.”