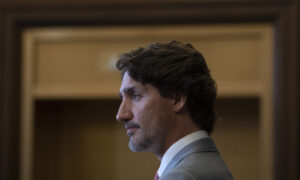 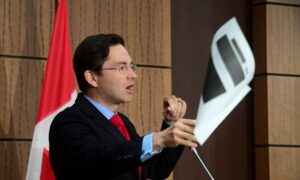 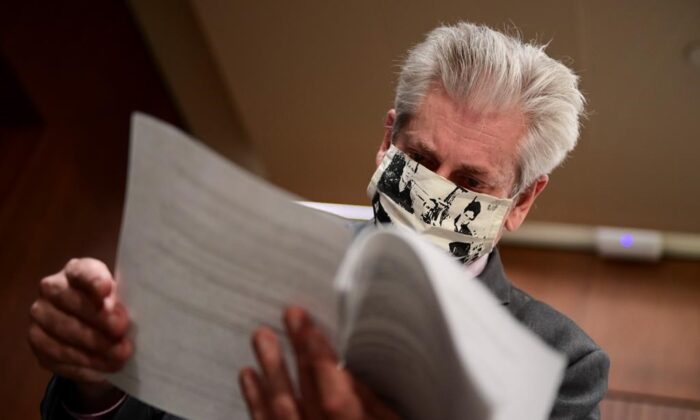 NDP MP Charlie Angus speaks to reporters as he thumbs through a document following a press conference on Parliament Hill in Ottawa on Sept. 1, 2020. (Sean Kilpatrick/The Canadian Press)
Canada

The NDP say documents show Youth Minister Bardish Chagger was the key driver in the Liberal government’s decision to have WE Charity run a $912 million student-volunteer program. NDP Ethics Critic Charlie Angus says Chagger has misled the public in her comments on the issue during her testimony to MPs, and should resign.

The Liberal government has insisted it was the public service that recommended outsourcing the administration of the $900 million program to WE Charity, and that cabinet only acted on its recommendation.

But Angus says the documents—and Chagger’s own testimony to a Commons committee in July—contradict those assertions. The internal documents suggest it was a key call held on April 17 between Chagger and Craig Kielburger and other WE Charity staff that started the process in motion, Angus says.

“The April 17 meeting between Bardish Chagger and Craig Kielburger changed everything,” Angus said at a press conference on Sept. 1.

“After that meeting, it became all about WE. In the documents, we see Minister Chagger giving a group close to the prime minister and the finance minister the inside track on an agreement worth millions.”

In her testimony to the House of Commons finance committee looking into the WE Charity scandal, Chagger denied discussing the CSSG with WE and has portrayed her role in the April 17 call as merely listening to the information.

However, the documents show a significant change in the government’s approach to the service grant following the call, and plans by the public service to contact other organizations were scrapped, said Angus.

“After being told by WE that Minister Chagger suggested they work together, the public service quickly put all their focus on WE. Soon, they became the only group involved in planning, developing, and creating what became the CSSG. WE’s proposals merged into departmental plans until they were one and the same,” he said.

“No wonder the minister tried to keep the details of this meeting secret. It blows their whole position out of the water.”

Angus said Chagger needs to explain why she has tried to cover up her role in moving WE into this key position, and whether that decision was hers alone or “was she directed to by others in the prime minister’s office.”

He said he doesn’t see how Chagger can continue to serve in cabinet, and suggested the government take the money that was set aside for the grant program and use it to help pay down student debt.

The 5,000 pages of internal documents released on the WE Charity affair—many of which were redacted—shed more light on early contacts between WE and the Liberal government ahead of the awarding of the up to $43 million contract to the organization to run the student grant program.

Prime Minister Justin Trudeau’s decision to ask for the prorogation of Parliament until Sept. 23 has shut down the parliamentary committees tasked with investigating the scandal.

Trudeau and now-former finance minister Bill Morneau have both apologized for not recusing themselves from the cabinet decision to award the program to WE, given the ties between their family members and the organization.